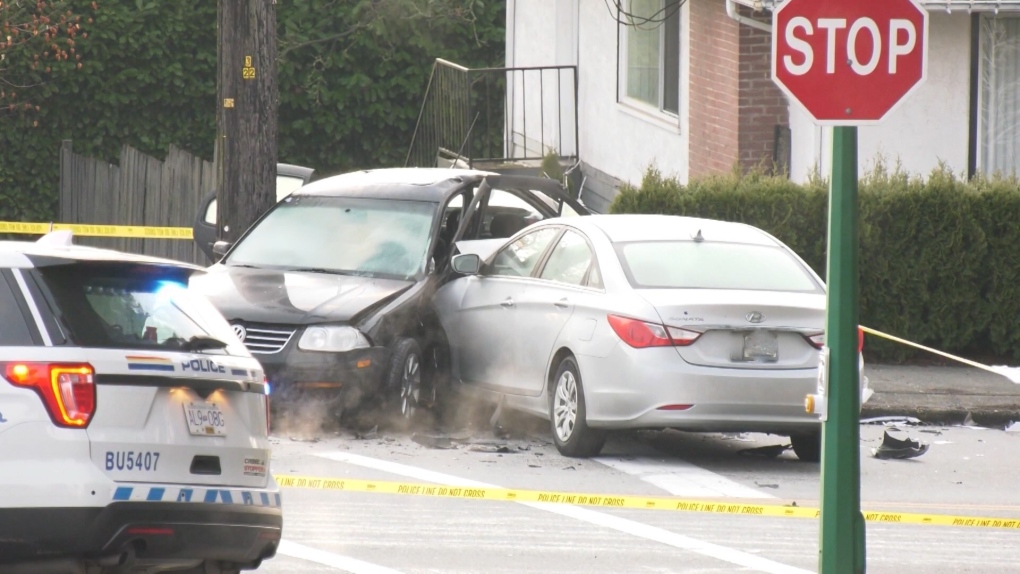 Burnaby's 10th Avenue was closed because of a serious collision Tuesday.

VANCOUVER -- Commuters travelling through Burnaby Tuesday morning were warned to avoid a long stretch of 10th Avenue after a crash left a 23-year-old woman with life-threatening injuries and led to road closures.

Burnaby RCMP posted on Twitter shortly before 8 a.m. that the road was closed in both directions between McBride Boulevard and 6th Street because of a "serious motor vehicle collision."

Footage from the scene shows a silver Hyundai that appears to have crashed into the driver's side of a black Volkswagen. The Volkswagen was also pinned against a utility pole.

In another area nearby, a dark minivan appears to have gone off the road and into a bush.

Police are calling for witnesses to submit information or dash cam footage from the area by calling Burnaby Mounties at 604-646-9999. Tips can be sent in anonymously to Crime Stoppers.