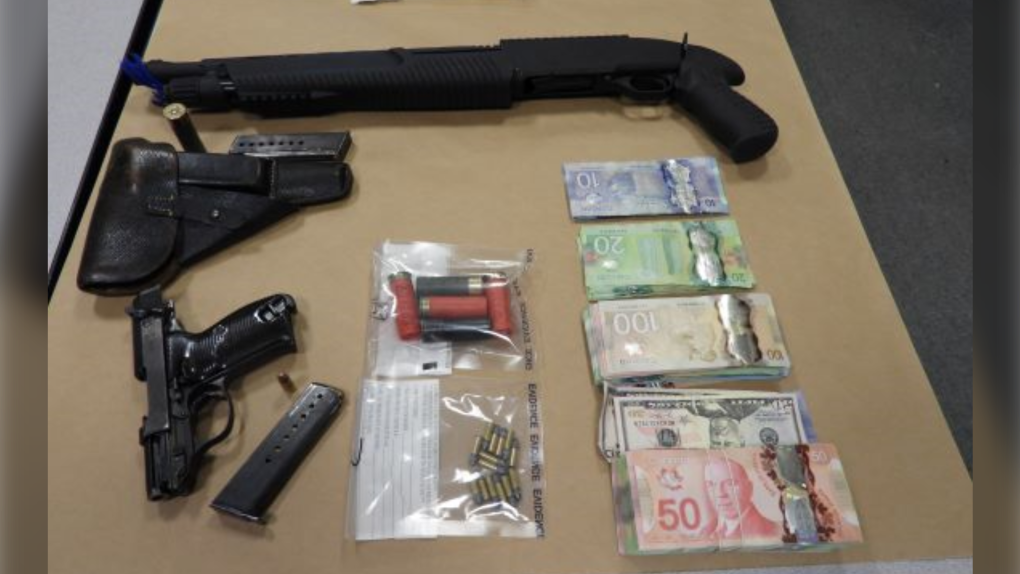 Police in Surrey have arrested two 16-year-old boys and seized thousands of dollars in cash and drugs after searching a condo in the city's Whalley neighbourhood last week. (Surrey RCMP)

VANCOUVER -- Police in Surrey have arrested two 16-year-old boys and seized thousands of dollars in cash and drugs after searching a condo in the city's Whalley neighbourhood last week.

Investigators began looking into the alleged drug trafficking operation in early February, according to a news release from Surrey RCMP.

The investigation began with suspected drug trafficking activity in an underground parkade near the intersection of 108 Avenue and University Drive, which soon led investigators to a unit inside the building above.

Officers executed a search warrant on the unit on Feb. 25, discovering "a multi-ounce drug cache and packaging site."

During the search, police arrested two 16-year-old boys, one of which was in possession of a loaded handgun, police said.

Officers seized the handgun, as well as a loaded pistol-grip shotgun, $11,000 in cash and "bulk and pre-packaged quantities of suspected powder cocaine, crack cocaine, methamphetamine, fentanyl, and MDMA," police said in their release.

Neither of the teens has any known connection to the Lower Mainland gang conflict, police said, adding that they have been released from police custody and that the investigation is ongoing.

Police said they expect to recommend charges to the BC Prosecution Service after further investigation.

“It is concerning to see youth involved in drug trafficking,” said Surrey RCMP Staff Sgt. Glenn Leeson in the release. “Not only are they putting community members at risk by trafficking potentially lethal drugs, but they are also putting themselves in danger.”