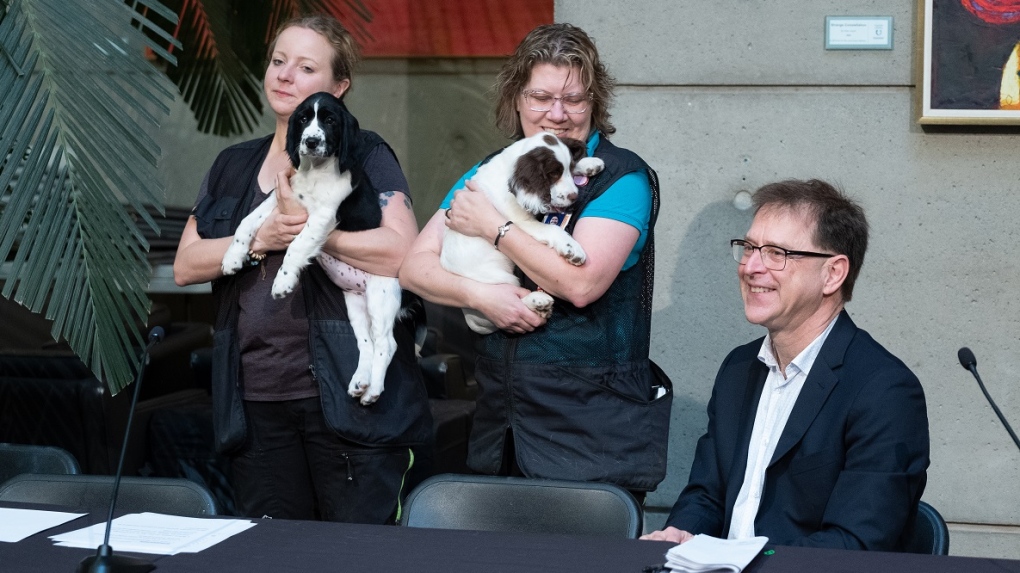 VANCOUVER – Two new recruits have joined the team at Vancouver Coastal Health and they bring qualified snouts to the job.

The English springer spaniel puppies are now on the rookie list, working to sniff out C. difficile, a superbug that attacks people with weakened immune systems.

Since the program launched in 2016, canine teams have searched hundreds of hospital areas for C. difficile.

"Our province is a safer place for patients and families thanks to Angus and Dodger's special talents and keen sense of smell," said Adrian Dix, B.C.'s Minister of Health, in a news release.

"As their pack grows in numbers, these new pups will learn how to prevent the spread and infection of C. difficile in health care facilities and we are grateful for this innovative approach to protecting the public."

The puppies are from Utah and are three months old. The black-and-white pup has been named Traveller, in honour of a former K9 handler in the U.S. known as the "Travelling Man."

Health authorities are now asking for the public's help to name her brother. They've narrowed it down to four contenders—Olaf, Clouseau, Finn and Magnum.

You can vote for your favourite on the VGH website.