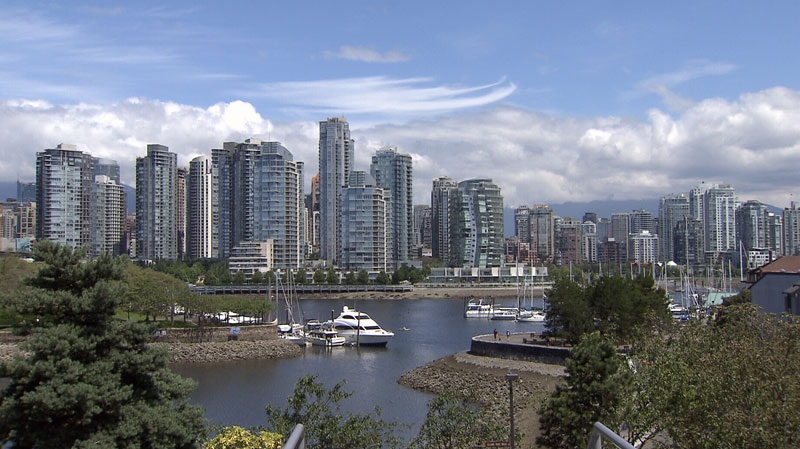 The skyline of Vancouver's Yaletown neighbourhood is shown on a sunny July 4, 2012. (CTV)

VANCOUVER -- A man has a COVID-19 $2,300 fine after allegedly throwing a party in a Yaletown condo over the weekend, according to Vancouver police.

Police say they received a complaint from a member of the public on Saturday night about a loud house party. A release online says officers attended a condo suite near Richards and Pacific streets around 8:30 p.m. and they “were surprised to see a group of people openly flouting COVID-19 restrictions for social gatherings.”

It’s not known how many people were inside the condo but police say the guests were sitting close together without masks. Officers allegedly tried to give warnings but “the group was dismissive and non-compliant.”