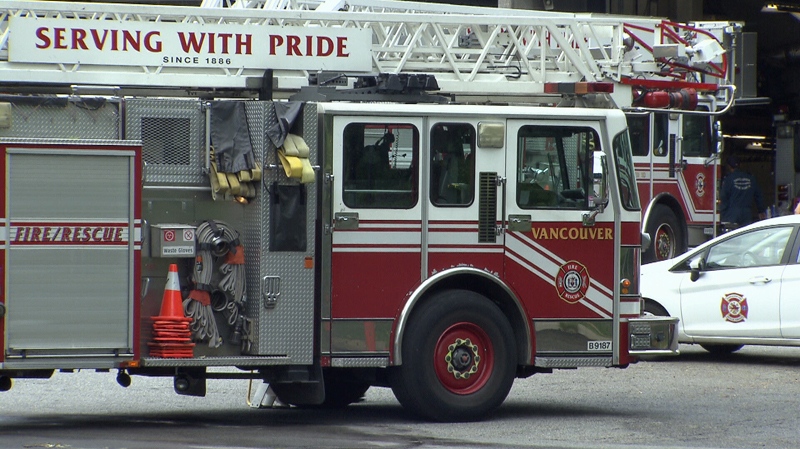 VANCOUVER -- A man has died after being injured in a house fire that Vancouver crews say was caused by smokers' material.

Vancouver Fire and Rescue Services were called to West 10th Avenue near Maple Street at around 8 p.m. Sunday.

When they arrived, they found a 55-year-old man with mobility restrictions who had burns on about 80 per cent of his body. The fire was knocked down quickly and the man was removed from the apartment, but he later died in hospital because of his injuries, VFRS said four days after the fire.

This was the first fatal fire of the year in Vancouver, crews say.

"Fire investigations division for (VFRS) has classified this as a smoking-related fire. It's an accidental fire; the person was smoking in their room and accidentally caught themselves, their clothing and a small upholstered chair on fire," said Ray Bryant, assistant chief of fire prevention, on Thursday. "It's an awful accident."

VFRS say smoking-related fires are the leading cause of fire fatalities in Vancouver, adding that they've led to over $22 million in fire losses between 2011 and 2019.

"I'd like to take this time to push a safety message," Bryant said. "That safety message is always have a fire extinguisher accessible. Have a fire escape plan in your home. Check your smoke detectors monthly and change your batteries twice a year.

"I can't say that enough. We need that early warning to get out of our homes safely."

In the case of Sunday's fire, a smoke detector and sprinkler system both activated.