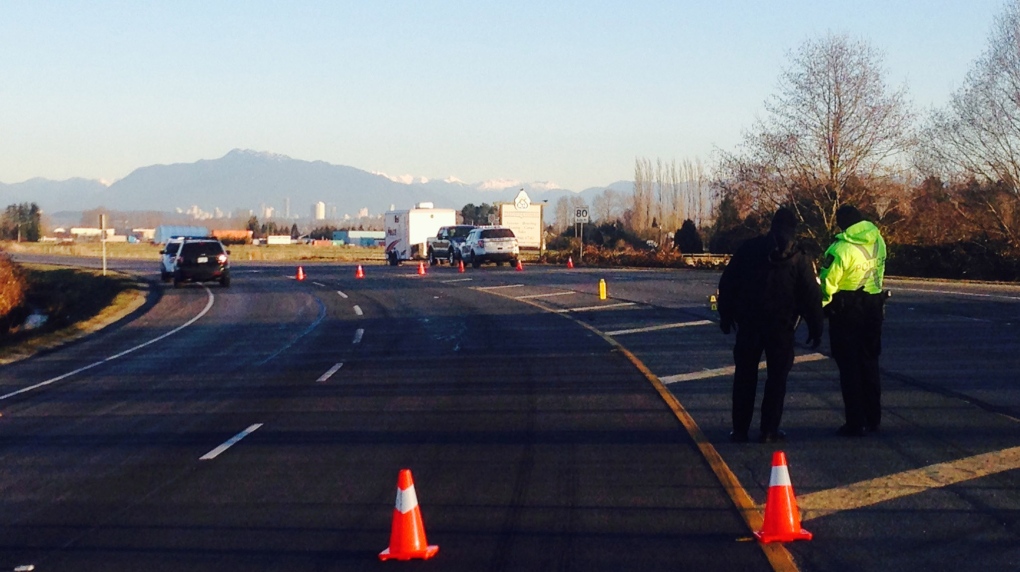 One person is dead after a fatal accident on River Road in Delta early Friday morning. (CTV)

One person is dead after a fatal accident on River Road in Delta early Friday morning.

Police said that air ambulance crews worked on the lone occupant of the vehicle who was unresponsive, but the person was pronounced dead at the scene.

The accident happened at 6 a.m. on River Road at 60th Avenue when the car went off the road into a ditch.

The police traffic section is investigating the accident and investigators are in the process of identifying the deceased person, according to police.

The area was known to be icy though police said the conditions likely did not contribute to the crash. The road will be partially closed until at least 3 p.m.