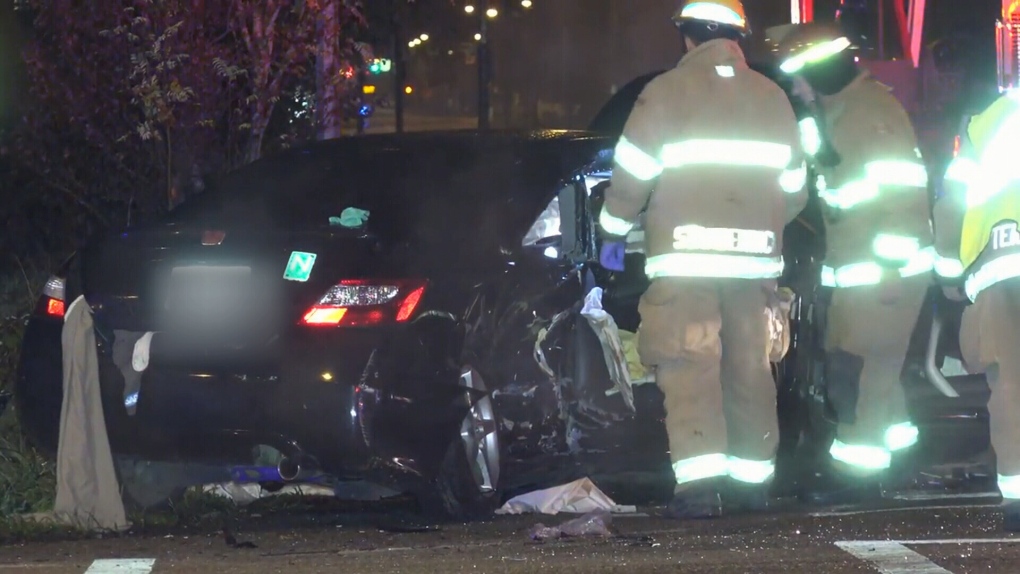 Mounties say the accident occurred around 12:30 a.m. at the intersection of No. 4 Road and Westminster Highway in Richmond.

A Honda Civic and Audi crashed into each other in the intersection, and both cars suffered immense damage. A third vehicle was also struck by the Honda in a secondary collision, and sustained minor damage.

A young woman was trapped inside the Honda and had to be extricated by Richmond Fire. She was pronounced dead at the scene.

The driver of the Honda and a second passenger were taken to hospital with non-life threatening injuries, and have since been released. No one else was injured in the crash.

“We are in the very early stages of our investigation. We can state that speed is a definitely a factor,” says Cpl. Dennis Hwang in a statement. “We greatly appreciate those people who stopped to render aid and those that provided information to further our investigation.”

Anyone with information on this incident is asked to contact Constable Jenkins of the Richmond RCMP Road Safety Unit at (604)278-1212.