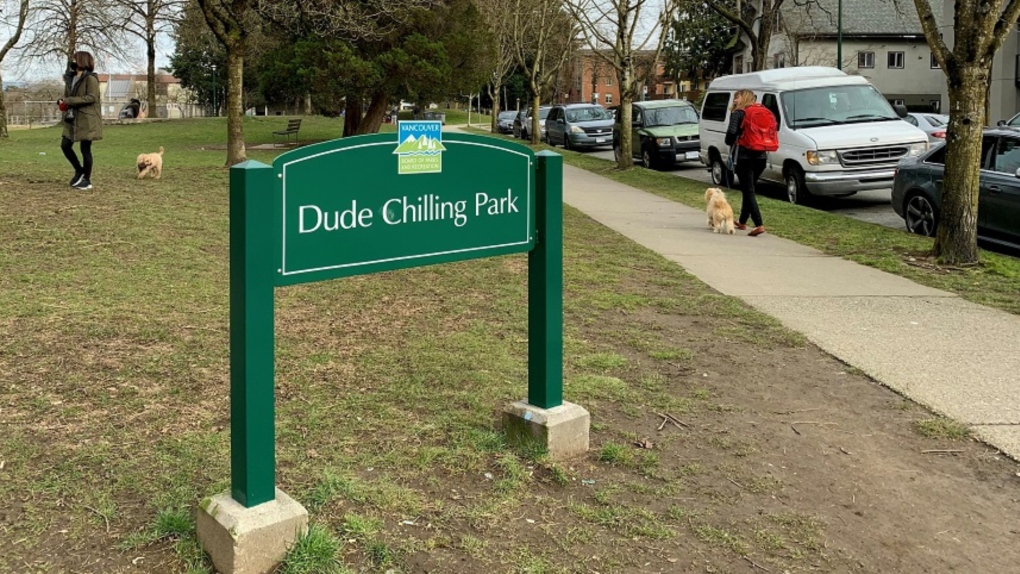 The newly replaced Dude Chilling Park sign is seen in a Twitter image shared by the Vancouver Park Board on March 3, 2021.

VANCOUVER -- The Dude Chilling Park sign in East Vancouver has been replaced after getting stolen for a third time last month.

The Vancouver Park Board confirmed Wednesday that the public art piece, which has been in Guelph Park for several years, has been replaced.

"Okay everyone, you can chill now," the board said on Twitter.

Officials previously estimated the cost of replacing the sign, plus repairing and repainting the posts, at around $1,300.

The sign was originally installed in 2012 without official approval, in reference to another public art piece depicting a figure reclining in Guelph Park.

The park board voted to give the sign a permanent home in 2014. It was stolen the first time later that year, and again in 2018.

Okay everyone, you can chill now. A new Dude Chilling Park sign has been installed in Guelph Park after vandals took off with the previous sign last month. The sign has become a popular public art piece since an unauthorized sign was installed in 2012. pic.twitter.com/F5aYB87j48