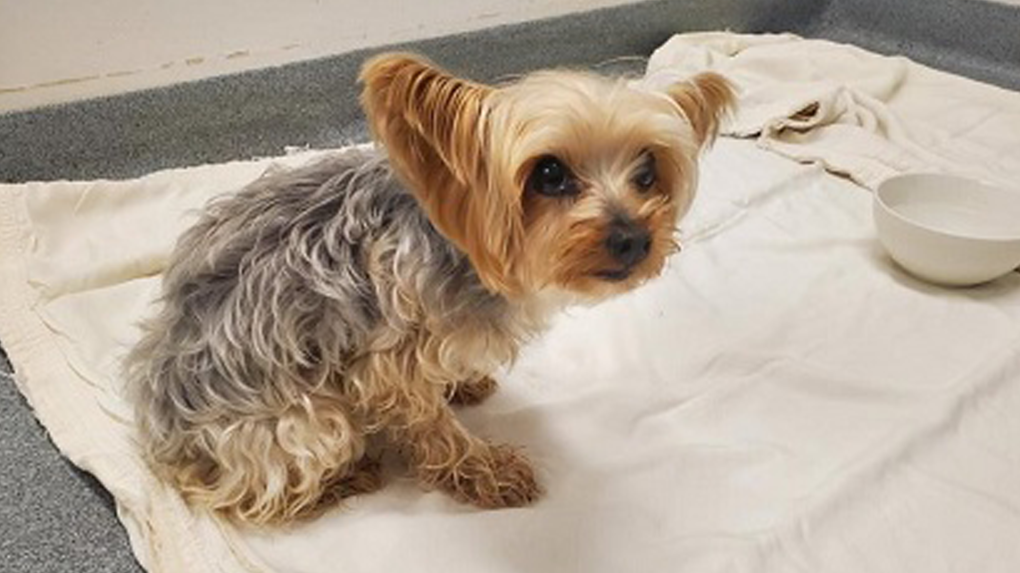 Lucy the Yorkshire terrier has been safely returned home to her owners. (Burnaby RCMP)

BURNABY -- It was two weeks ago when Burnaby Mounties first reached out to the public to help identify two men in the alleged theft of a Yorkshire terrier named Lucy.

The investigation is now over, and RCMP say there was no criminal activity involved at all.

On Aug. 10, surveillance video captured two men entering the yard of a home in the 6000-block of Berwick Street in Burnaby. In the video, they can be seen chasing Lucy around the yard before grabbing her.

According to the police statement, those two apparently saw the Yorky running around the neighbourhood and were worried about the small dog running into traffic, so they picked her up and drove around the area looking for the dog's owners.

When the two stopped driving to give Lucy some water, she bolted, only to be found again by the public and taken to the Burnaby RCMP detachment.

Police say Lucy's owners are happy their dog is safe at home.