'Worse than the illness itself': B.C patient wants legal rights protected for those with mental illness 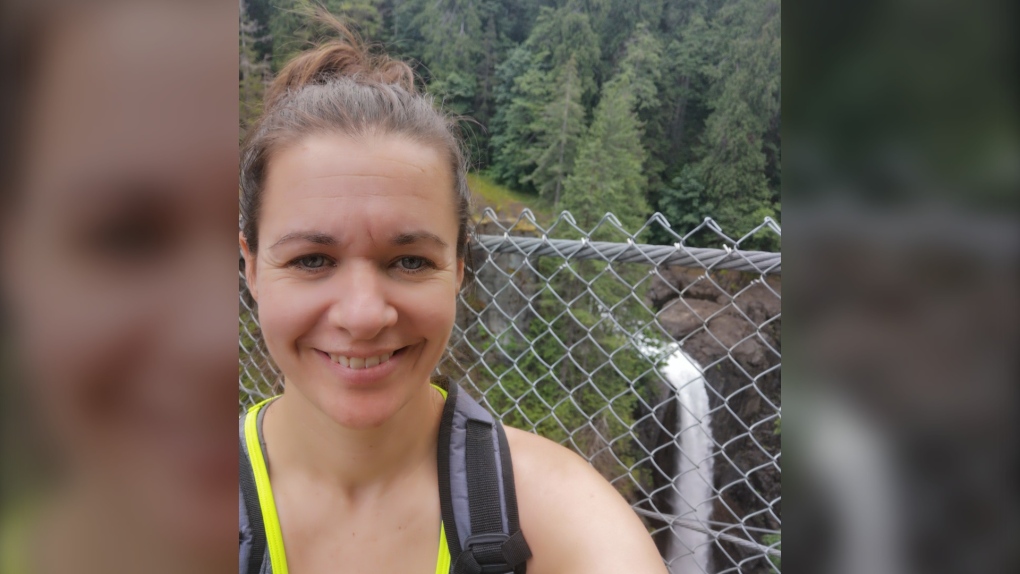 Shareen Nimmo poses in this undated handout photo. Shareen Nimmo of Vancouver was involuntarily detained at a psychiatric facility without being informed of her rights or having independent legal advice, provisions that are available in most of the country. She's joining B.C.'s ombudsperson and advocates in calling on the B.C. government to change its Mental Health Act and protect patients when they're most vulnerable. THE CANADIAN PRESS/HO, Shareen Nimmo

VANCOUVER -- A week after giving birth to her daughter, Shareen Nimmo was forced to enter a psychiatric facility without being informed of her rights or having access to independent legal advice.

Involuntary detention is permitted in Canada but unlike most of the country, British Columbia does not provide patients with legal representation, which the ombudsperson wants changed in the Mental Health Act.

Nimmo, 38, still feels the sting of the trauma she endured on March 27, 2019, when police officers and paramedics arrived at her home and took her to hospital.

“I'll remember that for the rest of my life,” she said crying.

“I was breast feeding her. I had to stop,” said Nimmo, who was involuntarily hospitalized for two weeks.

“To treat someone who's at their most vulnerable and ill and not doing well in such a harsh way is so much worse than the illness itself.”

Nimmo said her experience began when a family member called 911 in the middle of the night out of concern for her well-being because she was having a manic episode as part of what may have been linked to her later diagnosis of bipolar disorder.

The B.C. government's recent proposal to amend the Mental Health Act and allow youth under 19 to be detained for up to a week after an overdose did not include changes to provide access to a lawyer for involuntarily detained patients despite calls by advocates to make that happen.

The proposal was put on hold in July after an outcry by groups including Health Justice, which wants the Mental Health Act overhauled in keeping with legal provisions in all provinces expect Quebec and Prince Edward Island.

In Ontario, for example, the Psychiatric Patient Advocate Office, a program of the Health Ministry, is notified when patients are admitted to a facility so the office can inform them of their rights and provide advocacy.

While the issue of police responding to distress calls also needs attention, people need access to a lawyer once they are in hospital, said Nimmo, who advocated for the rights of patients and families between 2017 and 2019 as a committee member of the Canadian Mental Health Association's B.C. division.

Nimmo said that on her third day at a psychiatric facility in Vancouver, she asked a nurse why she hadn't been informed of her rights and whether a form she would have signed at the time was in her medical file.

It didn't exist, she said, and that's in keeping with a March 2019 report by B.C. ombudsman Jay Chalke, whose month-long audit of all provincial psychiatric facilities found the rights-advice form was not found in 51 per cent of patient files.

Nimmo said she knew about her right to be informed because of a 2013 psychiatric admission in Alberta but learned patients in B.C. didn't have the same protection.

Chalke's report highlights the need for facilities to have all legally required forms completed and ensure patients, who are at significant risk because of their illness, know about their right to speak to a lawyer.

His recommendations were accepted by the ministries of Health, Mental Health and Addictions as well as Attorney General, though some promised timelines to take action have passed.

“It is a concern to me that we've seen those timelines come and go and that's obviously going to be a focus in our next monitoring report,” Chalke said in an interview.

“In our view, the significance of involuntary detention is that someone's liberty is being taken away and they're being placed in a locked facility.”

The ministries of Health and Mental Health and Addictions said they are working with health authorities to establish provincial standards aimed at achieving full compliance with involuntary admissions procedures through the timely and appropriate completion of all forms.

“We are currently exploring our options, whether that be regulation, letter of expectation, or another mechanism to ensure compliance, transparency and accountability,” the ministries said in a joint statement.

The Attorney General's Ministry said it's working with the two other ministries to develop options for a service that could provide independent legal advice.

“The final design as well as the issue of who might be the service provider have not yet been determined and would be subject to available funding,” it said in a statement.

Laura Johnston, a lawyer for Health Justice, said failure to inform patients of their rights is a violation of the Charter of Rights and Freedoms.

The government's proposed changes to the Mental Health Act compounded existing issues regarding lack of legal representation because those rights would also not be provided for children after an overdose, she said.

Patients who are not told they have rights may also miss out on having their detention reviewed, Johnston said.

In any given year there are 20,000 detentions in B.C., she added, and in 2018 - the last year the Mental Health Review Board published data - there were 820 review panels.

“Is that an effective safeguard?” Johnston asked.

“That's less than four per cent of detentions getting reviewed.”

Jonny Morris, CEO of the B.C. division of the Canadian Mental Health Association, called on the government to critically examine the Mental Health Act, especially because more crisis care may be needed during the pandemic if voluntary services are not available.

“It's widely recognized that the pandemic is having a huge impact on people who live with an existing mental health or addiction problem,” he said.

“If you really understand what's happening to you and you've got someone who you know is able to advocate on your behalf with regard to the application of the act, you're more in control in the midst of a really distressing time.”

This report by The Canadian Press was published Sept. 1, 2020.