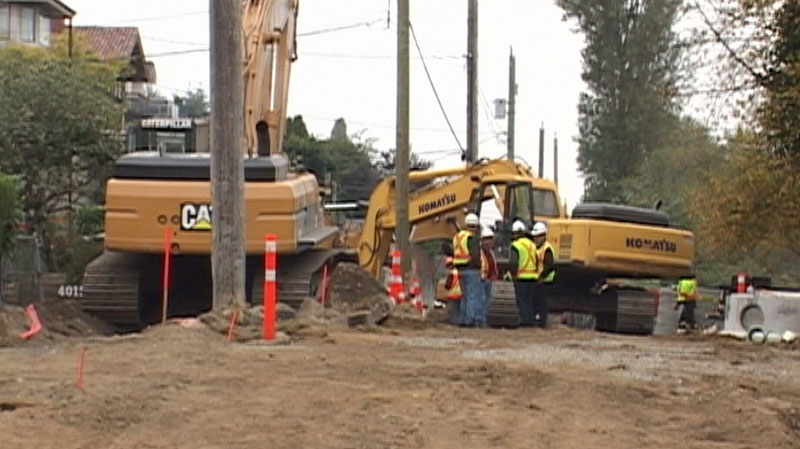 A retaining wall collapsed at a Burnaby construction site Thursday, killing one worker and injuring another. Oct. 11, 2012. (CTV)

One construction worker was killed and another injured after a retaining wall collapsed at a site in North Burnaby Thursday morning.

The men, whose names have not been released, were laying pipe for J. Cote and Sons Excavating Ltd. at around 11 a.m. when the five-foot by 40-foot wall toppled down onto them.

They were taken to Vancouver General Hospital, where one of the men died of his injuries.

The fatal and serious incident branch of WorkSafe BC is investigating.