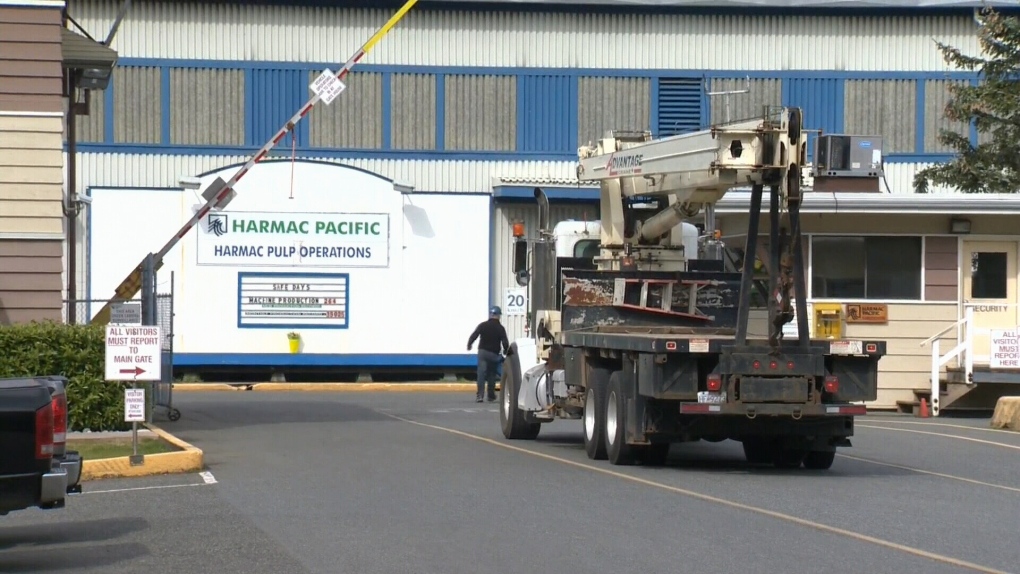 Counselors were on site at the Harmac Pacific facility in the city on Saturday, meeting with employees in need of support. (CTV)

The Nanaimo pulp mill where an employee was killed Friday has reopened.

Counselors were on site at the Harmac Pacific facility in the city on Saturday, meeting with other employees in need of support.

The company’s president said it would set aside space for people to pay their respects to the victim, Chris Fletcher, a chip operator who was with the company for four years.

RCMP Sgt. Cam Muir told the Canadian press officers were called to the industrial site for reports of an accident early Friday morning.

They found a man in his mid-30s, who was pronounced dead at the scene.

Muir said Fletcher fell while working around a pile of wood chips. He said there is no sign of foul play.

The investigation has been turned over to the BC Coroners Service and WorkSafe B.C.