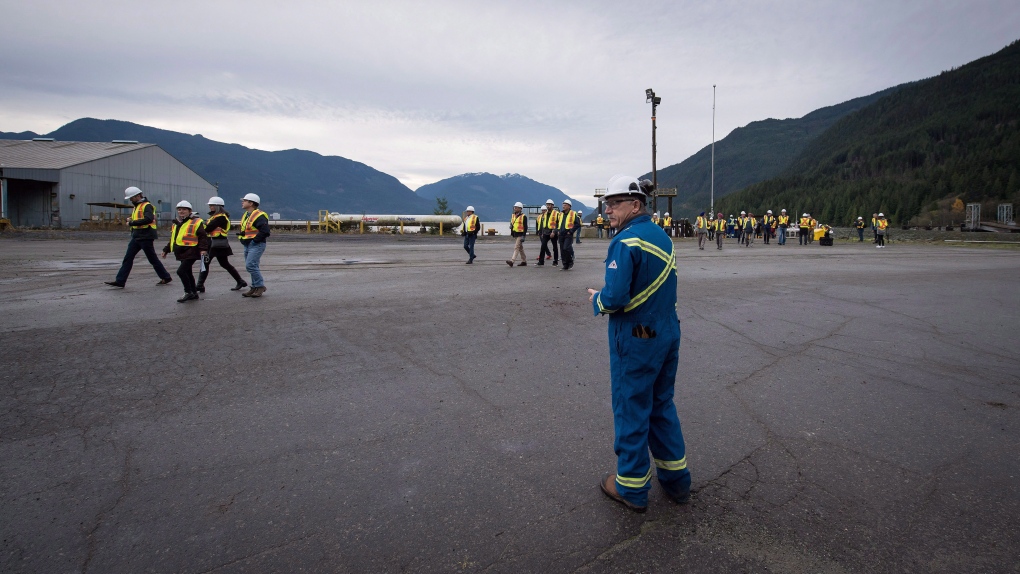 A worker watches as guests arrive for an announcement at the Woodfibre LNG project site near Squamish, B.C., on Friday November 4, 2016. THE CANADIAN PRESS/Darryl Dyck

SQUAMISH, B.C. - The Squamish Nation has approved economic benefit agreements for Woodfibre LNG, a project worth up to $1.8 billion in British Columbia's Howe Sound.

The approval of the agreements by an eight to six vote means the First Nation could receive cash and contract benefits worth almost $1.1 billion.

Woodfibre LNG is licensed to export about 2.1 million tonnes of liquefied natural gas a year for the next 40 years from a former pulp mill about seven kilometres south of Squamish.

The First Nation says in a news release the agreements include annual and milestone payments totalling about $226 million, a cultural fund and cash for employment opportunities.

It says the agreements also mean the Squamish Nation and member-owned businesses could be awarded up to about $872 million in contracts, but only if they are fully qualified to win the bids.

Squamish councillor Khelsilem says it was a difficult decision for many in the community.