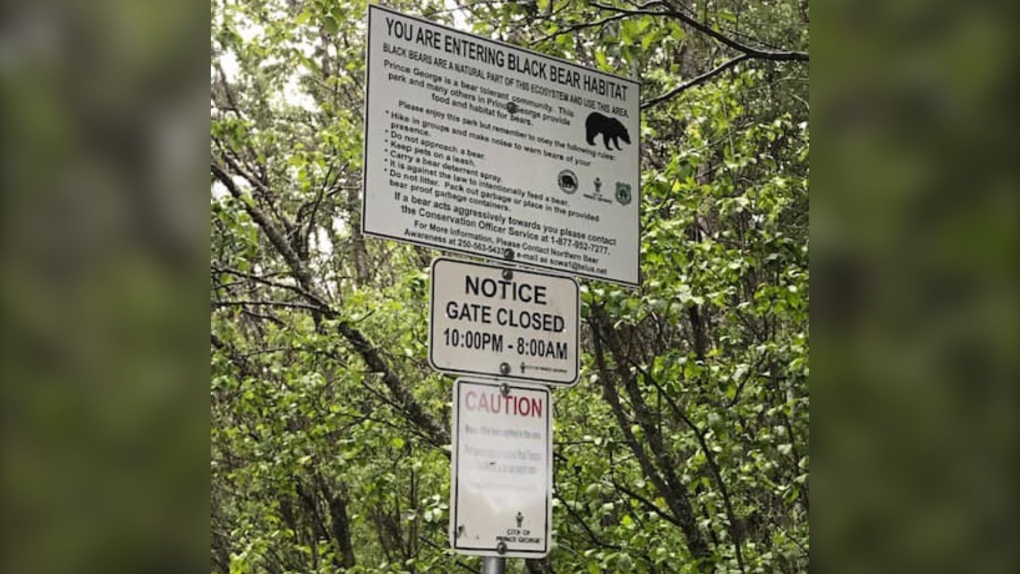 VANCOUVER -- A woman and her mother are recovering after being attacked by a black bear near Prince George, B.C., on Tuesday, conservation officials say.

The pair was walking their dogs off-leash in a remote and deactivated logging area around 1:30 p.m. when the attack took place, according the B.C. Conservation Officer Service.

"One of their dogs startled the bear that was in some bushy cover eating," said Sgt. Steve Ackles with the BCCOS. The 150-pound black bear then lunged at the dog before it saw one of the women standing nearby, he said.

When the other woman tried to intervene, she was bitten on the lower part of her arm by the bear.

Both women were taken to hospital by their partners and released later that same day.

"It is a very remote location," said Ackles. "The dogs did startle the bear. The bear's reaction was defensive. The bear did not continue after its initial encounter. The bear backed off and the dogs did keep the bear off and the bear just turned around and left on its own."

Ackles says conservation officers have not set any traps for the bear, nor are they interested in eventually capturing or euthanizing it. A drone was also flown over the area, but no bears were found, conservation says.

Last week, a pet dog was killed in a bear attack in Forests for the World park in Prince George, according to conservation.

The BCCOS said the dog was "attacked and killed" by a black bear while it was out for a walk with its owner. Officials said the owner used bear spray to scare off the animal, which hasn't been seen since.

"The BCCOS urges everyone enjoying outdoor spaces to use caution and be vigilant," a Facebook post from the conservation service says.

It's not known if the same bear was involved in both incidents.