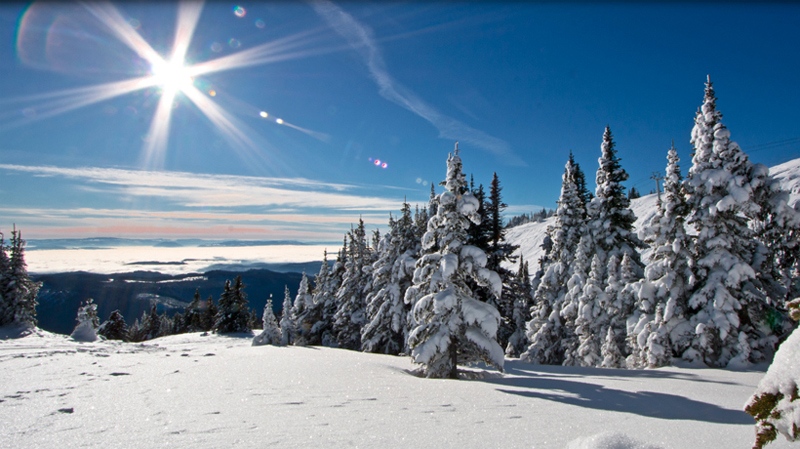 Sun Peaks Ski Resort in Kamloops, B.C., is seen in an image on its website.

A popular ski resort in B.C.’s Okanagan is being sued after a woman who used its tubing park says it left her permanently disabled.

Pamela Boileau was visiting Sun Peaks Resort in Kamloops on Jan. 18, 2013, with her husband, two young children and several family friends when she got into an accident that broke her leg.

It happened when Boileau, her husband and two-year-old daughter each got in a tube to ride down the hill on a slower, outside run.

According to court documents filed in B.C. Supreme Court, the parents were each holding onto the handles of their infant daughter’s tube when the ride got too rough.

"The ride was very fast and bumpy and the tubes went high on the berm and then hit a big bump and the plaintiff's infant daughter went flying out of her tube," said the documents.

Boileau said was trying to stop her tube to help her daughter when she sustained “serious injuries to her lower left leg, including fractures of her tibia plateau, tibia and fibula."

In her statement of claim, the Okanagan woman says the resort was negligent in letting a child so young use the Tube Park, and it should have understood that it was potentially dangerous.

She also alleges the park posted signs the next day prohibiting children under the age of four from riding in the popular tube park.

According to a current message on its website, all ages are welcome at the resort’s Tube Park, but riders must be at least 3’7 tall to ride by themselves.

The park is accused of failing to provide reasonably safe inflatable tubes, and not having enough staff to keep the tube area maintained.

She adds that staff should have told her about “stopping the tube in case of an emergency.”

Boileau is seeking general and special damage, as well as cash for lost future earnings.

“The plaintiff’s injuries have and will continue to cause her pain and suffering, loss of enjoyment of life, permanent physical disability… and past and future loss of housekeeping capacity,” the lawsuit charges.

Sun Peaks has 21 days to respond to the claim. None of the allegations in Boileau's claim have been proven in court.