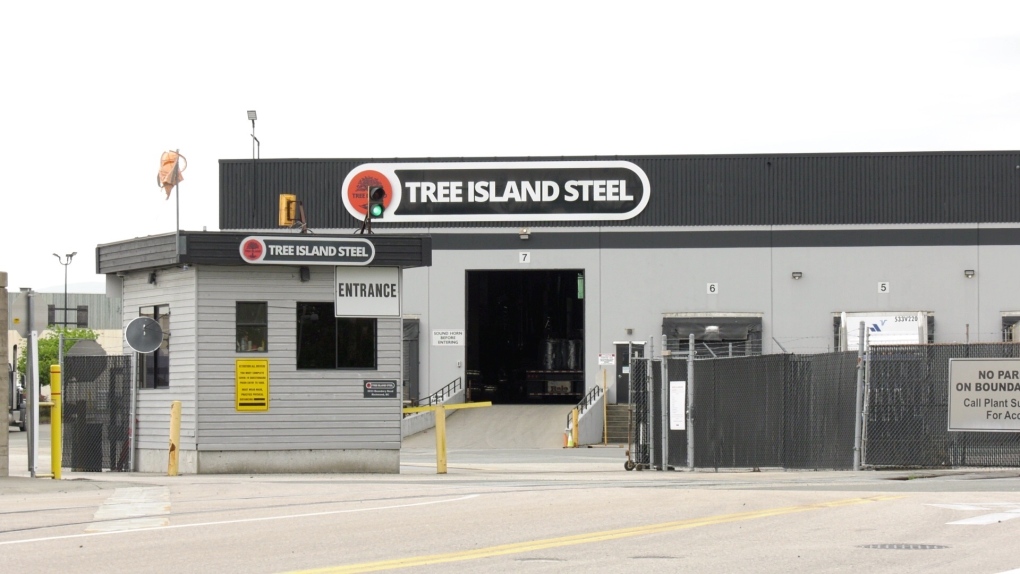 Tree Island Steel in Richmond, B.C., is seen on May 6, 2021, one day after a woman died in an industrial accident.

VANCOUVER -- Police and WorkSafeBC are investigating after woman was killed in an industrial accident in Richmond.

Authorities have not released any details about the nature of the accident, but said a 25-year-old employee was fatally injured.

Paramedics rushed the woman to hospital, but she could not be saved.

On Thursday, Tree Island Steel told CTV News that safety is the company's "highest priority," and that it is working closely with investigators while conducting a parallel internal investigation.

"We extend our deepest sympathies and sincerest condolences to the family, friends and co-workers of the individual," Ali Mahdavi from investor relations said in an email.

"This is a difficult situation for all concerned. At this time, we are respecting the privacy of the family and offering support services to them and to employees requiring such support."

Richmond RCMP confirmed that the victim's next of kin has been notified, but that her name is not being released "out of respect for the family."

In a statement, WorkSafeBC said its investigation will determine the cause of the accident, including any contributing factors, "so that similar incidents can be prevented from happening in the future."