The Canadian Coast Guard was dispatched to Indian Arm Friday morning to rescue a woman who was injured in a boating accident.

The Joint Rescue Co-ordination Centre said a 24-foot aluminum boat was involved in some kind of accident at around 9 a.m., and that the woman appears to have been the only one on board at the time.

Images from the scene show her being carried onto the shore on a stretcher. She was conscious at the time.

Paramedics told CTV News the woman was in serious condition when she was taken to hospital, but no other details about her injuries have been shared.

The accident happened near the north end of Indian Arm, and the woman's boat was taken to the dock at Wigwam in the aftermath.

Few other details have been confirmed, including how the accident happened and who called for help.

Officers from the Vancouver Police Department and members of Vancouver Fire Rescue Services also responded to the accident. 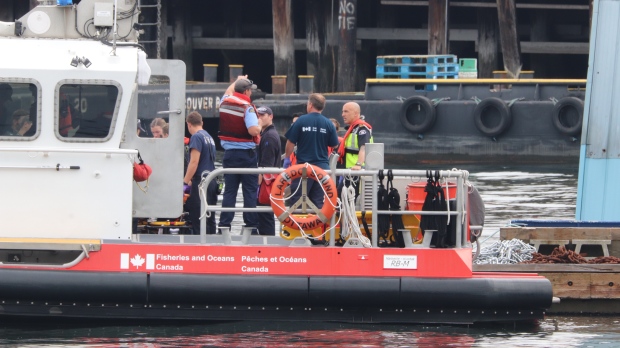