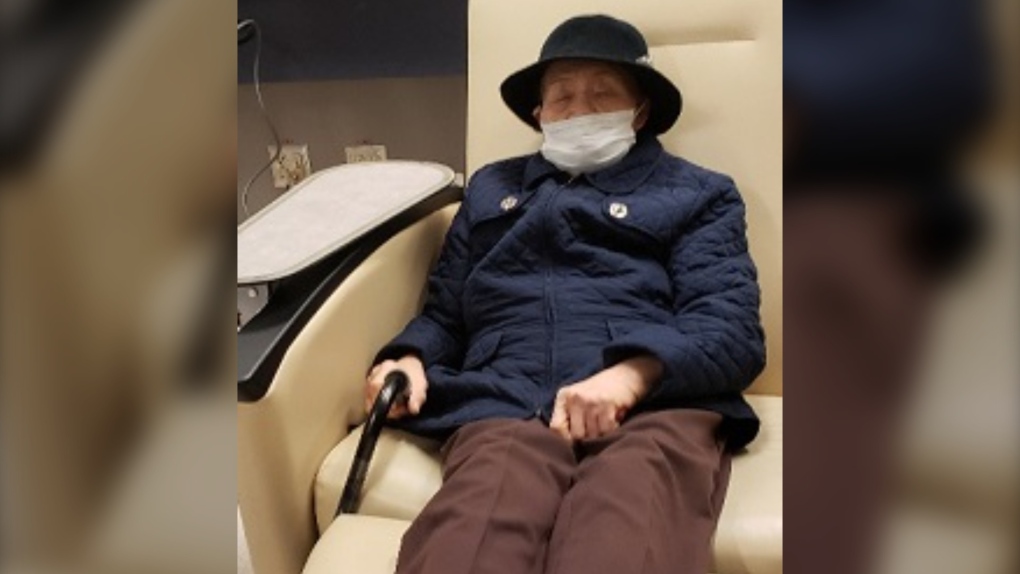 Mounties in Burnaby say they're hoping to ID this woman, found "lost and confused" in the city on Jan. 17, 2021. (Burnaby RCMP handout)

VANCOUVER -- A woman who was found lost and confused Sunday evening has been reunited with her family, Mounties in Burnaby say.

In a news release Monday, police said they were called at about 5:45 p.m. about a woman who was found on 19th Avenue near Kingsway.

"The woman is in good health, however, she has no identification and cannot tell police where she lives. She also does not speak English," Mounties said in the initial release.

On Tuesday morning, police issued another statement saying the 93-year-old woman had been reunited with her family.

"A special thanks to all the hospital staff for their compassion and kindness," Mounties said in their update.

"Thank you to all of you that took the time to spread the word and send your precious positive thoughts."