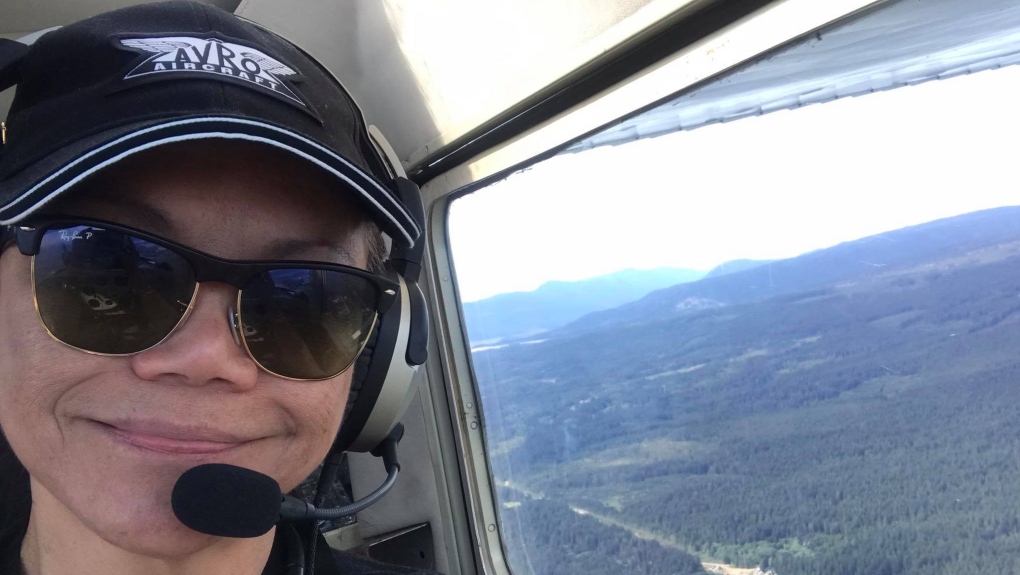 Erissa Yong-Wilson is seen in this image from her Facebook page posted on June 25, 2020.

VANCOUVER -- The RCMP say a person died in a small plane crash at an abandoned air strip in Mission, B.C.

The 66-year-old woman has been identified by the Abbotsford Flying Club as Erissa Yong-Wilson.

In a Facebook post written by the club's president, Yong-Wilson is described as a "great pilot and an all-around really cool person."

"She was a great mentor and a fantastic example for aspiring female aviators," George Aung Thin wrote. "She cheerfully volunteered and participated in Abbotsford Flying Club First Flights for Kids events and other activities. Her loss is a great loss to our flying community."

The other person who was on the single-engine Cessna 170 at the time of the crash, around 6 p.m. Monday, is injured.

Mark Miller, a friend and avaiation journalist, told CTV News Yong-Wilson had taken the 21-year-old “under her wings” and had been mentoring the young woman.

“She spent the day with a young woman, flying her to all these remote strips all over the place in her own airplane...giving this young woman experience and opportunity to see British Columbia and to learn about aviation in a different way and that makes her special. It makes her kind of a unicorn in many ways,” Miller said.

Few details have been provided on what went wrong, but Mounties said in a statement the next day that they'd been called to the air strip near Stave Lake following a report from the International Emergency Response Centre.

The site is not accessible by road, so Mounties had to be taken to the area with help from Mission Search and Rescue.

When officers arrived at the site, they say, they found a 21-year-old woman who was injured.

The injured woman was taken to hospital for treatment of her injuries, which have not been described by police.

The federal Transportation Safety Board is investigating the crash, as is the BC Coroners Service.

Mission RCMP said further information on the crash will come from the TSB.

Miller said safety was always top-of-mind whenever he and Yong-Wilson flew together.

“I know Erissa was very safety conscious ...so she wouldn’t leave things to chance. I think she’ll want us to learn something from this incident,” he said.

Yong-Wilson’s neighbours said they were shock and heartbroken to hear the plane went down.

The last time they talked, Yong-Wilson offered to take her neighbour, Dave Johnson, flying because he had survived a plane crash 12 years ago.

"The message was saying that she wanted to take Dave out on the plane in kind of a way of redeeming his experience as a plane crash survivor,” explained wife Marissa Johnson.

From his experience, Dave Johnson said his heart also goes to the survivor.

Coquitlam Mayor Richard Stewart offered his condolences in a Facebook post Tuesday and said Yong-Wilson was supposed to take him flying over the city on a sunny day.

"We tried repeatedly to schedule it, pre-COVID, but it never came to be," he wrote, adding she lived a life full of energy and enthusiasm. "She lived flying. She loved flying. She died flying."

Yong-Wilson is also being remembered by fellow pilots, including in a group for female pilots called "Ladies Love Taildraggers."

"She absolutely loved flying, especially her taildraggers," wrote Judy Birchler on Facebook. "Her bubbly personality, encouraging nature and support can never be replaced. You will be missed Erissa."