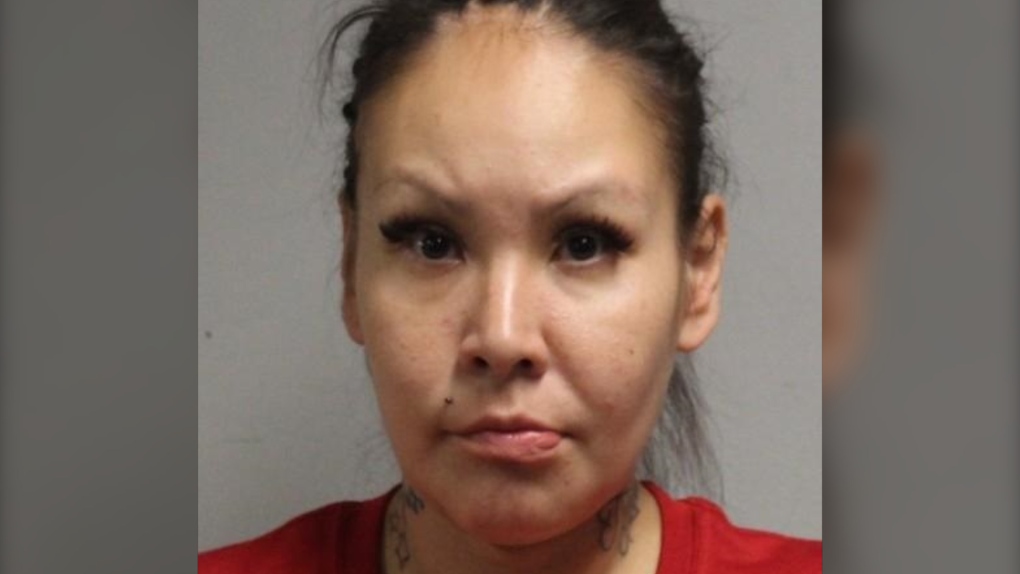 Nicole Edwards is shown in a photo provided by Vancouver police.

Feb. 1 update: Nicole Edwards has been located and taken to jail.

VANCOUVER -- A woman accused in a disturbing sexual assault at a Vancouver homeless camp has disappeared from her halfway house again.

Vancouver police are looking for Nicole Edwards, who is wanted on a Canada-wide warrant for breach of conditions.

She was last seen leaving her halfway house in Surrey on Jan. 6, police said more than two weeks later.

"Her whereabouts are unknown, but she does frequent the Downtown Eastside," the Vancouver Police Department said in a statement.

Edwards is described as 5'3" and about 125 lbs., with brown eyes, brown hair and a tattoo reading "Wahkesh" on her neck.

It's not the first time Edwards has disappeared. Police issued a warning to the public back in August when Edwards had been missing for more than two weeks. She was arrested about a week after the notification.

And at that point, it was the second time officials alleged she'd broken the conditions of her release since being arrested last April. She also failed to report to her bail supervisor in June.

"We're counting on the public to again help us find her," VPD Const. Tania Visintin said.

Edwards has been charged with nine counts related to sexual assault, assault and confinement in connection to an  incident in Oppenheimer Park.

"This was a high profile case this past summer as it was alleged Ms. Edwards committed a heinous and violent offence," Visintin said.

A woman was allegedly held in a tent for 15 hours and repeatedly assaulted despite screams for help.

It's an incident a former police officer called horrifying, but not surprising.

"These out-of-the-way places are places where woman get victimized. And I think those are the kinds of things that get neglected when you have a public health crisis," Lorimer Shenher told CTV News Vancouver in the spring.

Jason Tapp has also been charged in connection with the assault.