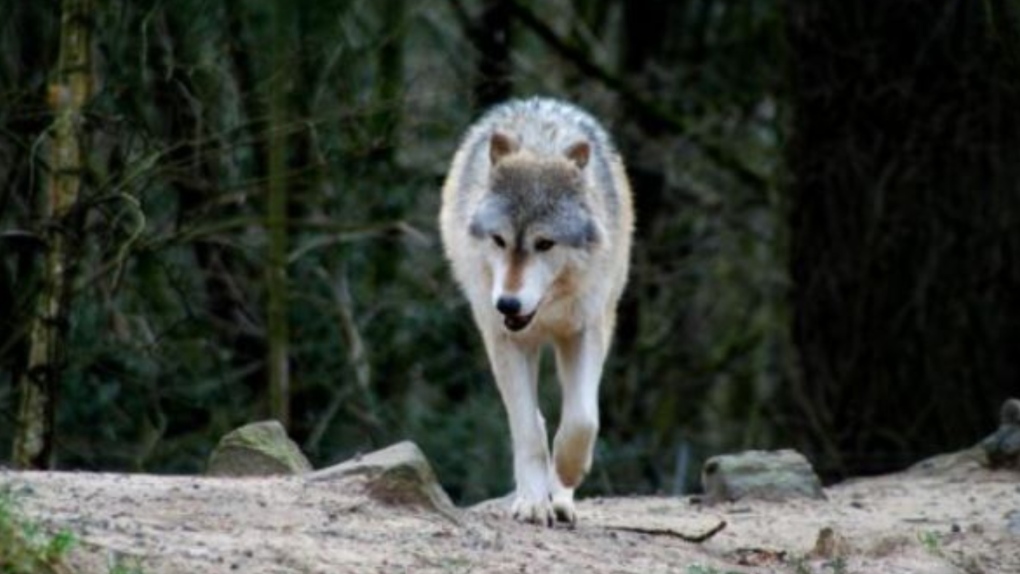 Conservation officers have killed a wolf they believe may have been responsible for an attack on a man in Port Edward, B.C. (BC Conservation Officer Service/Facebook)

VANCOUVER -- June 2 update: The wolf has since been found and killed. More info here.

Multiple sightings have been reported, but conservation officers say they have not yet been able to capture a wolf that attacked a man in Port Edward Friday.

The attack happened after 11 p.m. Friday as the man was walking home in the regional district south of Prince Rupert, according to a Facebook post by the BC Conservation Officer Service.

Officers visited the man in hospital to interview him. He suffered injuries that are "not considered life-threatening," the conservation officer service said.

In their initial post on Saturday, conservation officers said it was too early to say whether the wolf that attacked the man was the same wolf or wolves that had been seen in the Prince Rupert area in recent weeks.

In an update on Sunday, the service said they believe the wolf they're looking for is "not tied to wolf activity in Prince Rupert."

Conservation officers remained in the Port Edward area Sunday, working to locate and capture the wolf. While multiple sightings have been reported, they said they believe it is a single wolf that they're looking for.

They're advising Port Edward residents to be aware of their surroundings and walk in groups if possible. They're also asking the public to keep dogs tied up and not let them run loose in the community.