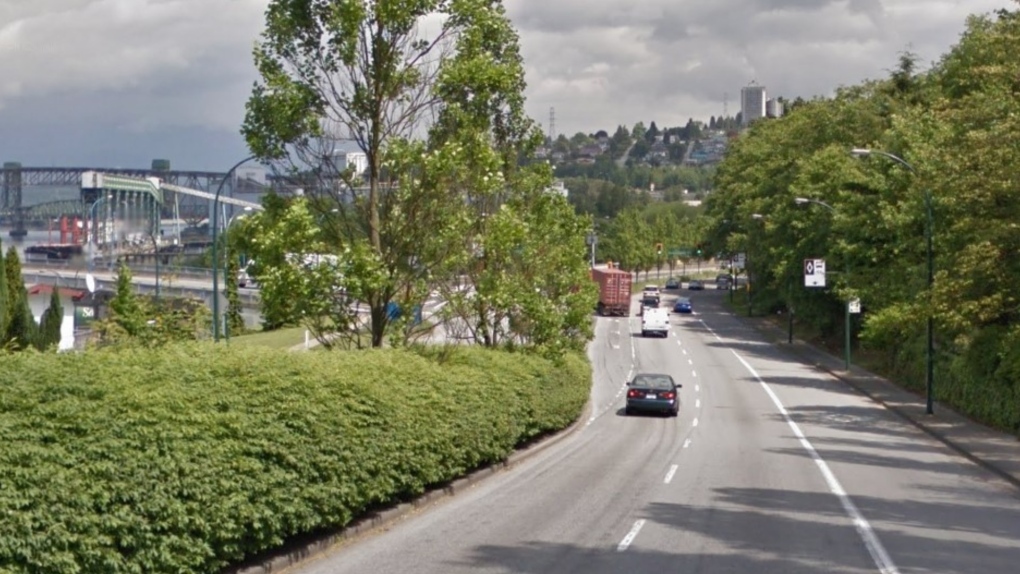 McGill Street east of Renfrew Street in Vancouver, B.C., is seen in a Google Maps image captured in May 2014.
Vancouver -

Police are asking witnesses to come forward after an officer was allegedly struck by a speeding Toyota Corolla in East Vancouver this week.

Authorities said the officer was flagging speeders on McGill Street east of Renfew Street around 3 p.m. Tuesday when he clocked the Corolla going 96 km/h in a 50 km/h zone.

After the officer gestured for the driver to pull over, the suspect allegedly sped up and drove in his direction.

"Our member fell onto the roadway while trying to get out of the way of the suspect's vehicle, but was hit by the front bumper," Const. Tania Visintin said in a news release.

"The officer was taken to hospital that night. He has since been released and will be recovering at home."

Authorities said the driver was arrested at the scene and is facing possible charges of assaulting a police officer with a weapon, dangerous operation of a motor vehicle, and excessive speed.

The Vancouver Police Department asked anyone with information on the crash or dash cam video from the area between 3 p.m. and 4 p.m. Tuesday to contact investigators at 604-717-3012.

As the federal party leaders make their final push to Canadian voters, new polling data suggests that the Liberals and the Conservatives are in a dead heat.

Election day 101: Questions and answers about the voting process

From finding the right voting location to bringing acceptable ID, CTVNews.ca breaks down what you need to know before casting your ballot.