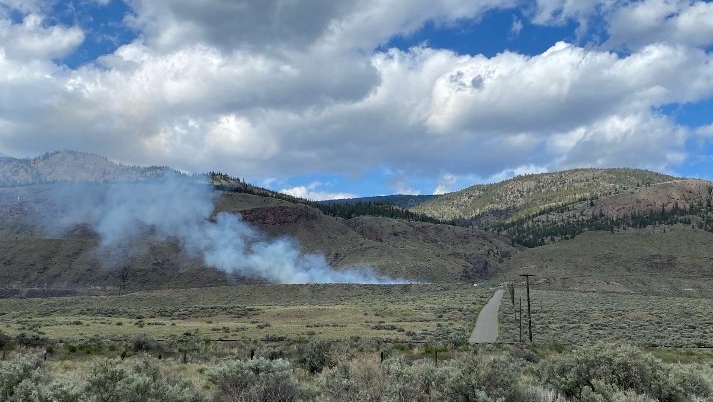 The Juniper Knoll wildfire burning west of Ashcroft, B.C., is seen in an image from the B.C. Wildfire Service.

A wildfire that broke out near Highway 1 west of Ashcroft, B.C., caused traffic delays and congestion on Tuesday afternoon.

The small blaze was reported approximately 16 kilometres outside the small Interior community, according to the B.C. Wildfire Service. The cause has not been determined.

DriveBC warned travellers to expect traffic impacts as a result of the firefighting effort, particularly in the area of Juniper Beach Provincial Park.

One social media user wrote that traffic was "not moving" at around 5 p.m. Others have since reported that vehicles have begun moving again.

The RCMP and BC Hydro crews were called to the site to support wildfire crews.

The blaze has grown to about five hectares in size by the late afternoon, the B.C. Wildfire Service said.