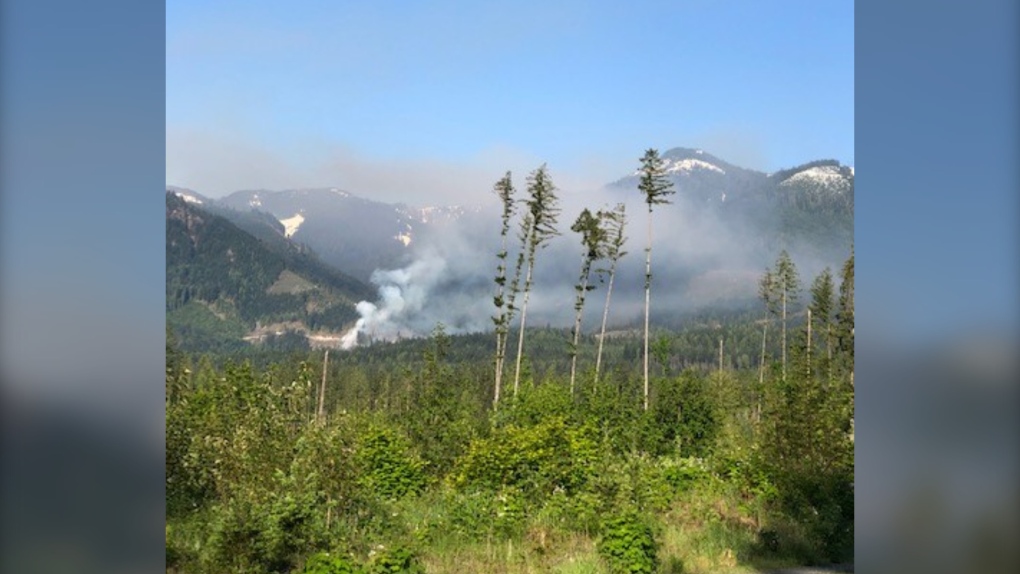 Smoke from a wildfire, near Harrison Mills B.C. and which broke out on Saturday, May 15, 2021, can be seen from afar. (Submitted photo)

VANCOUVER -- A wildfire that broke out north of Chilliwack over the weekend is now under control, according to B.C. wildfire officials.

At least 17 firefighters have responded to the fire, which is located on steep terrain near the town of Harrison Mills.

“The crews overnighted on the fire and this morning they were joined with more firefighters,” said fire information officer Donna MacPherson.

“Today we've got 17 firefighters and one helicopter working on the fire. There's no threats to any infrastructure or homes in the area -- they're making really good progress,” she said.

The fire, which grew to 13 hectares, had been labelled as “out of control” until midday Monday. Then, in the early afternoon its status was changed to “being held.”

“They’re not expecting that the fire will go beyond the boundaries that they put up,” MacPherson said.

Officials say they suspect the fire is human-caused.