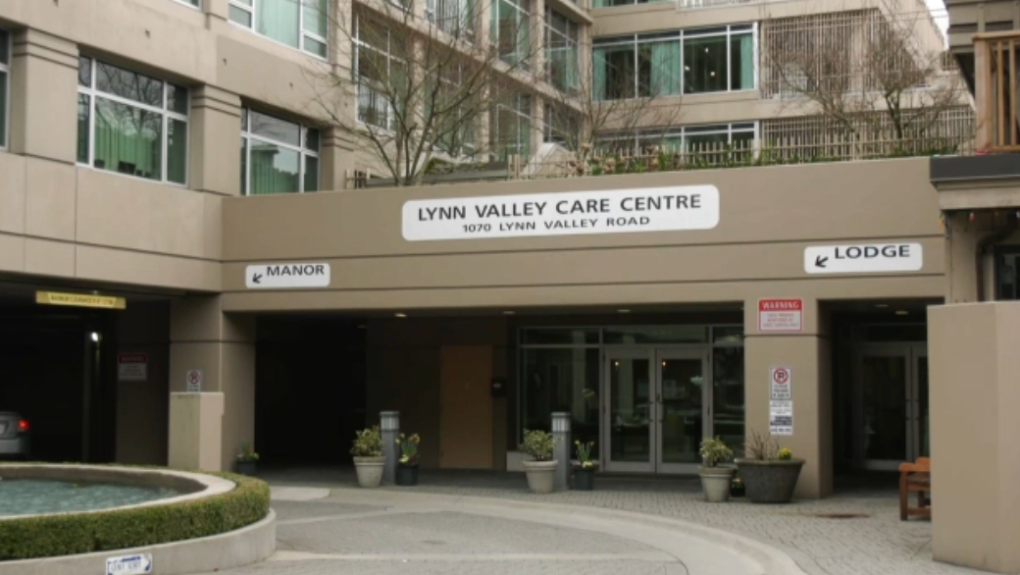 VANCOUVER -- Seniors who complained of fatigue, confusion or just didn't seem like themselves were tested for COVID-19, allowing the Vancouver Coastal Health authority to get in front of the virus, a health official says.

Medical health officer Dr. Michael Schwandt said they began testing broadly and often, and not just those who had classic symptoms of the virus.

It was a decision Schwandt said helped pinpoint developing cases before they could spread in care homes.

“We found that often times people don't necessarily declare their symptoms or people with different chronic illnesses might be slower to notice symptoms or attributed to health conditions they already have,” he said in an interview.

The Lynn Valley Care Centre in North Vancouver was the first facility to report a COVID-19 infection on March 6 and the outbreak was declared over on Thursday.

“And think of that, it's been months that that facility has been living with this hanging over them. But we learned from that,” Henry said.

Outbreaks have been declared in 34 facilities in B.C. since the start of the pandemic, but more than half of those long-term care homes no longer have any cases.

Henry said those outbreaks have been responsible for the majority of the deaths in the province.

Over 400 residents and staff at B.C. care homes have tested positive for the virus. Vancouver Coastal Health has had 14 outbreaks in long-term homes and two in acute care facilities.

Just as infections began in B.C.'s care homes, care facilities for seniors in Ontario and Quebec were also being ravaged by the new coronavirus causing a large proportion of the country's now more than 4,400 deaths.

About 80 per cent of Quebec's pandemic deaths have occurred at long-term care and seniors residences that have been infected with the novel coronavirus.

More than 1,200 cases of COVID-19 have been diagnosed among residents in Ontario care homes, which account for about half the 478 known deaths.

Schwandt said Vancouver Coastal Health learned from the experiences of Quebec and Ontario and what they were seeing in outbreaks internationally.

“In a couple of outbreaks, we've tested all the staff regardless of symptoms and we have found people who had no symptoms at all and later became ill with COVID-19,” he said.

Staff started extensive use of personal protective equipment, visits were cut off and those diagnosed were isolated.

Then they began testing for the virus around the facilities.

“In some cases, they found COVID-19 to contaminate equipment or parts of the facility ... equipment carts or blood pressure cups,” he said. “The building itself is of high quality but the risk of contamination within buildings with COVID-19 is something we've been learning more about.”

The buildings were deep cleaned depending on the specific facility, equipment and how much traffic they saw, he said.

“Even a small amount of contact, we have found, can lead to a transmission between residents and staff and so it's important to look very closely at even limited contact and monitor them for symptoms.”

And while the risk of illness from the new coronavirus does seem to be more serious among seniors, Schwandt said several of them have recovered.

Dr. Roger Wong, a clinical professor of geriatric medicine at the University of British Columbia's faculty of medicine, said the pandemic has unmasked a number of serious issues faced by long-term care facilities.

Not only do the care facilities need to address infection prevention and control but also underlying physical- and mental-health conditions, he said.

“Those seniors who have more severe form of dementia, they are definitely at higher risk of COVID-19,” Wong said.

Alzheimer's patients tend to wander and might become infected in their travel through the facility, he said.

While measures such as testing, tracing, extensive use of personal protective equipment and cleaning can help combat the spread of the virus, Wong said a “paradigm shift in the underlying culture and understanding and value of these homes” is required to help control future infections.

He said these aren't just facilities for seniors, they are their homes.

“That understanding will drive further change.”

This report by The Canadian Press was first published May 10, 2020.