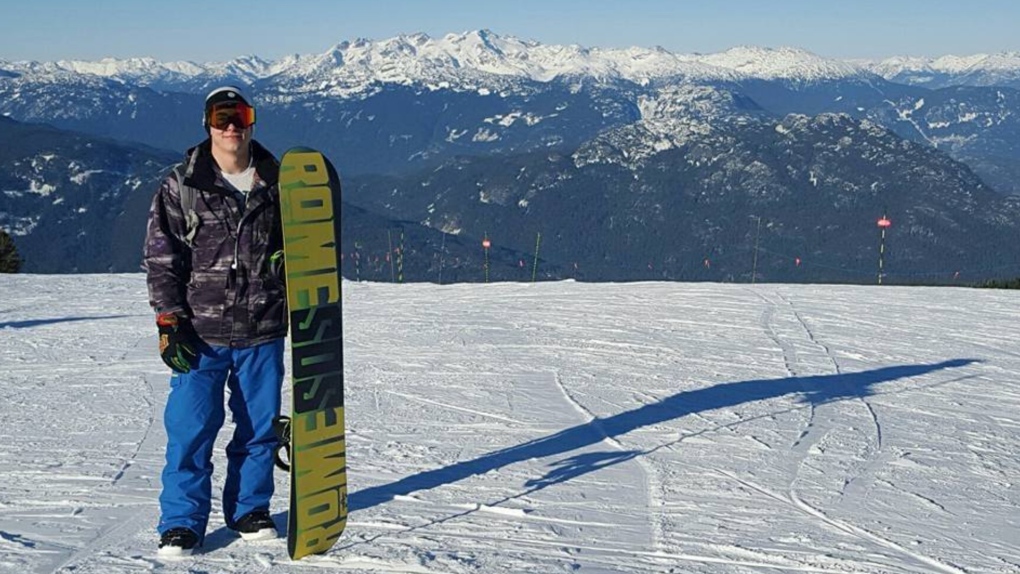 A snowboarder who died after a 20-metre fall off a cliff on Whistler Blackcomb has been identified as 26-year-old Jesse Van Roon. Source: GoFundMe

VANCOUVER -- A snowboarder who died after a 20-metre fall off a cliff on Whistler Blackcomb has been identified as 26-year-old Jesse Van Roon.

Emergency crews were called to the top of the Whistler portion of the mountain Thursday morning and found a man in his mid 20s who had died from his injuries.

Kevin Winter from Coast Mountain Brewing says Van Roon worked there through 2017 and 2018.

“He was a great young kid, gone way too early,” Winter told CTV News in an email. “We are heartbroken at the news of his passing. He simply was a great kid that would have given you the shirt off his back. I really can't say much more, other than he will be dearly missed.”

The brewery held an event on Friday, donating sales from Van Roon’s favourite Coast Mountain beer to a GoFundMe.

The online fundraiser was created by a friend of Van Roon’s to help cover funeral costs, support his family and set up a memorial. By Monday afternoon, the fundraiser had reached more than $23,300, far surpassing the goal of $3,000.

Winter says Van Roon most recently worked at the Beacon Pub and Eatery, which posted photos on Facebook of a growing memorial outside the bar with flowers and candles.