What to do if a bat is in your house: Health officials give tips after dozens of potential rabies exposures in B.C. 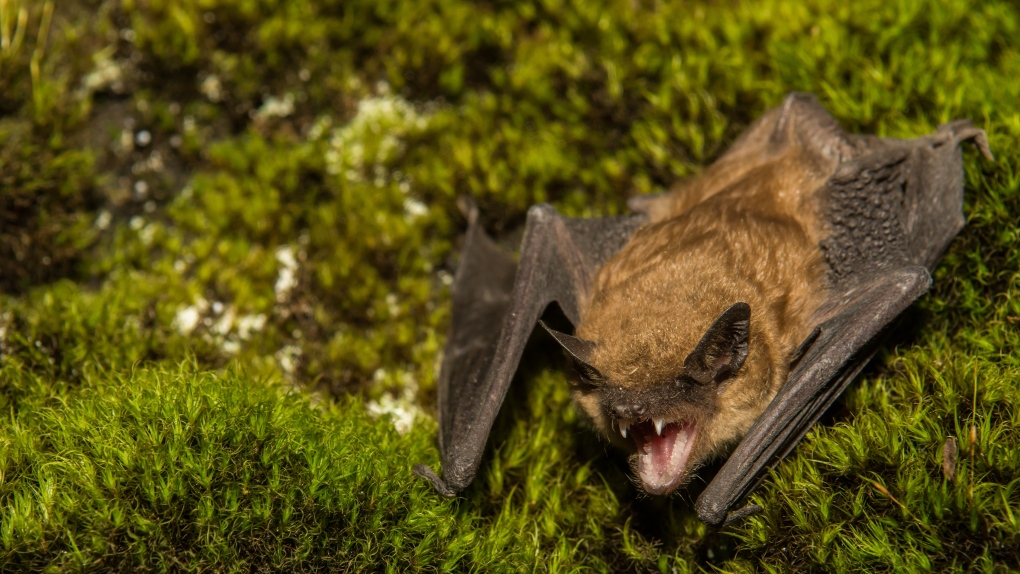 A big brown bat is seen in an image from Shutterstock.com.

A B.C. health authority issued a public service announcement Tuesday warning of the consequences of encounters with bats, which carry multiple diseases that can be transmitted to humans.

Among them is rabies.

According to the Interior Health Authority, between four and eight per cent of bats that come into contact with people in B.C. are then found to be carriers of the rabies virus.

Treatment for humans, including 132 in 2021 just in the Interior Health area, includes a two-week period of vaccinations which should begin as soon as possible after exposure.

Without treatment, rabies can be fatal.

In 2019, a Vancouver Island man was the first person to die of rabies infection in B.C. in 16 years. The 23-year-old's only contact with the bat was that he'd swatted it and got a scratch.

By the time he was taken to hospital, he already had symptoms, and it was too late to save his life.

Experts say rabies in bats is extremely rare, but still, those who come in contact with them should avoid touching them with their bare hands.

This is to prevent bites and scratches, Interior Health said Tuesday, and is especially important with children who may try to play with a bat they find on the ground.

Interior Health included in its PSA precautions to take to prevent contact with bats. Among the health officials' tips are to talk to children about not touching wild animals, and to make sure window screens have no holes and attic vents are properly screened.

In the event that a live bat makes it inside a home, the residents should open a window and close interior doors until the bat flies out. If there are multiple bats, or the bats won't leave, residents should seek professional help.

Pets should be vaccinated against rabies, and locations like caves, where bats are likely to be found, should be avoided.

The B.C. Centre for Disease Control says dogs are responsible for most cases worldwide, but in B.C., bats are the only known source.

WHAT TO DO IF YOU'VE BEEN BITTEN OR SCRATCHED

If contact has already been made, and a person suspects they've been bitten or scratched, they should thoroughly wash the area and then contact their doctor or local public health area, or go to an emergency room.

If it's possible, the bat should be contained to keep it from exposing other people and so it can be tested for rabies.

According to the BCCDC, rabies symptoms often don't appear in humans for three to eight weeks after they've been exposed, but it might take years before a person knows they've been infected.

Vaccinations need to be administered before these symptoms appear, or "death is almost certain," the centre says in a post on its website.

Symptoms include fever, headache and "strange behaviour," the CDC said.

"Rabies is also known as hydrophobia, because one of the symptoms is paralysis of the throat muscles leading to a fear of water."

When the symptoms first appear, an infected person may have difficulty swallowing, or experience excessive drooling, muscle spasms and weakness.

In bats specifically, symptoms include weakness, loss of ability to fly and appearances in the daytime.

"If a bat is hanging off the ground, it should be considered suspicious."