'What is going on right now?' Vancouver man's smartphone bursts into flames 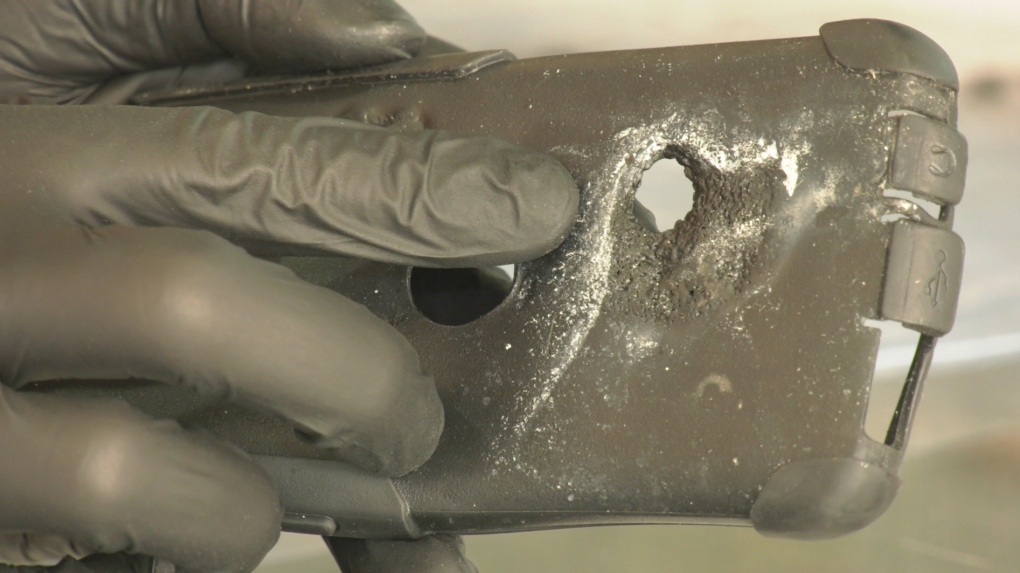 Matt Chernoff says he was driving when his phone suddenly burst into flames on the passenger seat. (CTV)

VANCOUVER -- A Vancouver man is describing a "crazy moment" when he says his Samsung smartphone burst into flames as it sat in his passenger seat — while he was driving.

Matt Chernoff pulled to a stop in his building’s parkade to douse the flames, glad that he or his young daughter wasn’t holding the phone at the time, and wants to warn people that the saga of Samsung phones catching fire may not be over.

“When you’re looking at it, it’s completely charred,” Chernoff told CTV News, holding the Samsung S7, which he bought in December 2016. The model was originally touted as a replacement to a model facing a massive recall.

“A huge flame erupts right next to me and that’s essentially my phone. I’m freaking out,” he recalled. “Right away I pulled it out, whipped it to the ground, and started dumping water on it. What is going on right now?”

A dash camera video he showed CTV News shows a red flare reflected in the dashboard just before he stopped and gets out of the car.

One of his first thoughts was Samsung’s 2016 recall of millions of Samsung Note 7 phones. At least 100 reportedly caught fire as the phone overheated. In one severe case, one phone owner said his vehicle also caught fire too.

The replacement phone Samsung gave those customers was the S7. It also has had complaints. A class action lawsuit originally targeting Samsung for the Note 7 phones added the S7 in its pleadings.

In April, that class action was stopped by a Quebec judge, who said that Samsung is displaying good corporate citizenship with its massive recall, and offer to replace many defective phones.

“If the mechanism of a class action has the noble objective of stifling reprehensible behaviour, it must not, conversely, turn a blind eye to those who assume their responsibilities,” wrote Daniel Dumais of the Quebec Superior Court.

Samsung didn’t respond to CTV inquiries on Saturday. In the past, it has said that it doesn’t comment on specific cases without having had an opportunity to examine the phones.

The company has asked Chernoff to send in his phone for examination. Chernoff said before he gives his phone up he wants more answers from the company and Canadian regulators.

“These things get manufactured millions of times. You might get a lemon,” he said. “But is your lemon going to catch fire?”