'What happened to Mac can happen again,' parents warn of toddler's daycare death

Chris Saini and Shelley Sheppard’s story likely feels familiar to most parents: The elation over the birth of their first child, Macallan Wayne, then watching their “Baby Mac” grow into a bubbly, active toddler.

“We had to increase the shutter speed on our phones just to take pictures of him, because he never stopped moving,” Chris recalls.

Then came the reality check: the need for Chris and Shelley to both get back to work, and with that, the search for safe, affordable, quality childcare.

“I knew it was going to be hard to find a space,” Shelley tells me, in Mac’s parents’ first interview since his death in January.

“I just didn’t realize it would be as hard as it was. When we found his first space in a licensed daycare, it was our only option.”

It’s an option that turned out to be, in the words of Mac’s father, an “absolute nightmare.”

“I know kids are kids, and they fall and stuff,” Chris says. “But he had a big scab on his nose twice. He came home with a massive diaper rash. We had to take him to the hospital.”

So, just after Christmas, it was back to square one.

“I bet you we’re 50 to 60 phone calls deep, and we got one or two phone calls back,” Chris says, the frustration he felt at the time evident in his voice. “The experience of trying to find quality care for us, and I bet for others, was impossible.”

“The location was good,” Chris remembers. “The way she sold herself that there would only be one other child when Mac was there was a big selling feature for us.”

So they asked questions and “did all the checks a diligent parent should do,” before giving it a try.

His second full day there would be his last.

“I think about those last moments,” Chris says, choking back tears. “How scared my son was. How scared he must have been. I just hate it. That’s like the worst thing I can feel, that we weren’t there to protect him.” 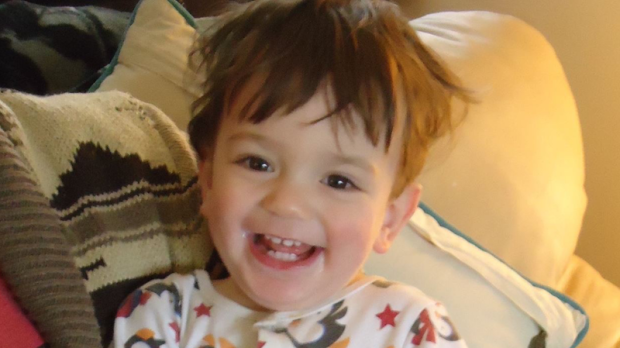 When it comes to what happened inside the daycare on the afternoon of Jan. 18 , Chris and Shelley are reluctant to say more, other than calling the 16-month-old's death “completely preventable.”

“We really want to see where this goes,” Shelley says, referring to the investigation by the Vancouver Police Department.

“We want justice for our son,” Chris adds. “Of course we would love to have more answers at this point. When it does come out, what was happening there, we will definitely talk about it more. But people will be aghast. People will be horrified.”

The daycare operator paid to protect Baby Mac moved out of the rental within a week of his death. Repeated calls and emails to her over the last two months have not been returned.

When we contacted the VPD, it confirmed the investigation was ongoing, and that there was no new information to share.

But there is plenty Chris and Shelley want to say. And this week they took a big step into the public spotlight, after weeks of grief, they say, that has shattered and crushed them.

“I don’t want to think of a world, or province, or system, where another kid could lose their life like that.” Chris says. “How scared and alone he must have felt…” 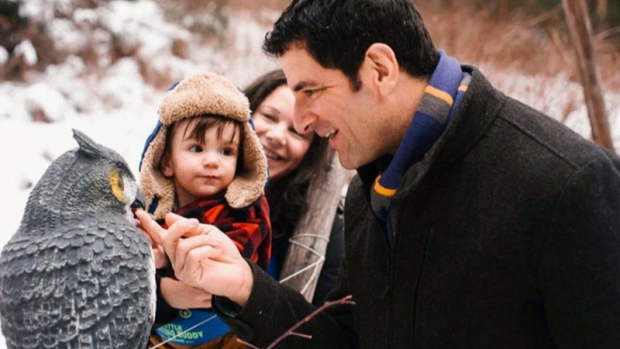 In a heartfelt letter posted on Chris’ Facebook page, the couple calls for “massive reform” of British Columbia’s daycare system, and pledges their support for a subsidized proposal for universal day care known as the $10-a-day plan.

“You asked before whether the system failed us,” Chris tells me. “To be honest, I don’t know what system there is. It’s very, very poorly put together with duct tape and chewing gum.”

Childcare Advocates like Sharon Gregson, one of the proponents of the $10-a-day plan, say the plan would help bring childcare costs down from upwards of $1,000 a month per child to just $200.

The NDP-supported plan, Gregson says, will also pay for itself over time as more women return to the workforce and begin paying taxes. B.C.’s Liberal Government says the plan isn’t financially feasible, but announced in this week’s budget that it will to support the creation of up to 4,100 new licensed childcare spaces.

In an email to CTV News, the Ministry of Children and Family Development said the spaces are part of a longer-term plan to create 13,000 spaces by 2020.

"Since 2014, the province has invested $26.5 million to support the creation of more than 4,300 new licensed childcare spaces throughout B.C.," a ministry spokesperson wrote.

He added that the Liberals plan to work with the federal government, in light of the Trudeau Government's 2017-18 budget, to determine how much funding the province will receive and develop a plan of action.

In their letter, Chris Shelley say the province's “gesture is only a drop in the pan” and that just adding spaces “doesn’t address the structural, functional and feasibility issues for most British Columbians.”

Gregson calls the couple courageous for using their story as an example, but Shelley says she doesn't feel like they're being brave.

“We just want to make a difference. We’re just trying to get through day-by-day, but we also realize that what happened to Mac can happen again. We don't want any other parent to go through this.”

So Chris and Shelley ask anyone who reads their letter to educate themselves about the plan, to challenge their elected leaders about where they stand on universal daycare, and most of all, to write letters to those leaders asking for a commitment to change.

“We just got to get our head straight and do the work, and implement the plan,” Chris says. “It’s pretty simple.”

What isn’t simple for Chris and Shelley is that they want Baby Mac to be remembered for his life, not his death.

“We were so looking forward to watching him grow up,” Chris says. “Becoming a little boy. I wanted to teach him how to fish, build a fire, ride a bike. Shelley wanted to read him Harry Potter... He was a real special boy and the light of our lives.”

The above article is the second in a two-part series. Part One here.