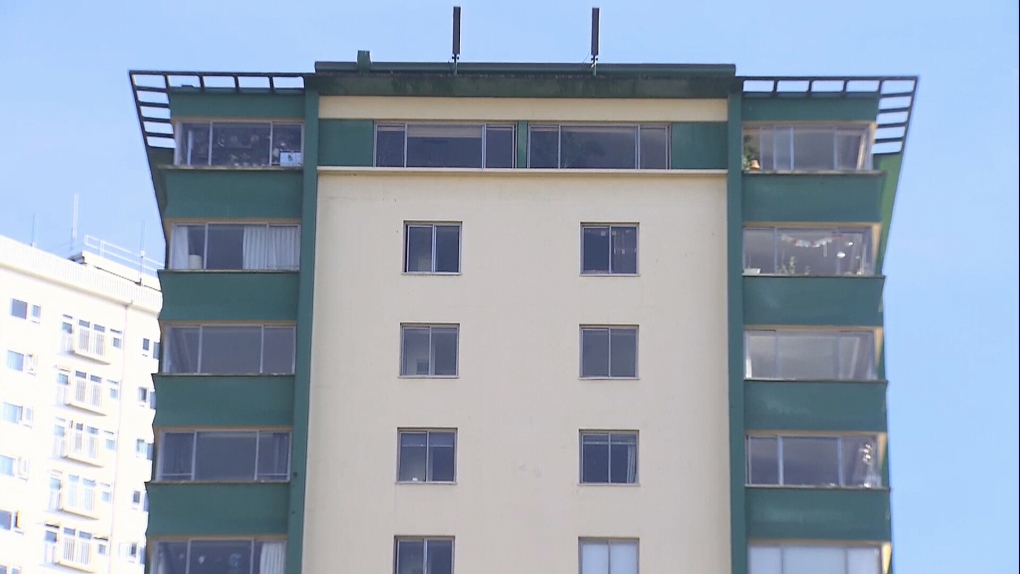 VANCOUVER -- For two years, tenants in the Berkeley Tower, a West End apartment building near English Bay, fought the efforts of a real estate developer to evict them so the company could renovate and charge higher rents.

Now, just two tenants are left, and they say they’re increasingly anxious about their future. On Friday, Carlos Diligenti and Manjeeta Tulsi were told that if they aren’t out of the building by June 30, the company will hire a bailiff to evict them.

Jon Stovell, the head of acquisitions and development at Reliance, said Diligenti and Tulsi “have been unwilling to engage” with the relocation process. He said the Berkeley tenants have been offered relatively generous buyout offers, which exceed what the city requires.

The notice sent to Tulsi and Diligenti is the culmination of a long fight by a group of tenants who disputed Reliance’s attempt to evict them in order to renovate. Earlier this spring, B.C.’s Residential Tenancy Branch ruled in favour of Reliance, granting the company an Order of Possession for the building for June 1.

Diligenti, a retired business consultant, and Tulsi, who was recently laid off from her tourism job because of COVID-19, have been sent multiple rental listings by the relocation specialist hired by Reliance Properties.

But they say the rental listings have been out of their price range, are far outside their neighbourhood, or lack essential elements like stoves.

“Nothing (has been) under $1,200,” said Diligenti, who has lived at Berkeley Towers for 27 years and currently pays $833 a month for a studio apartment.

Tulsi said she was especially disheartened to be sent a listing for an apartment at Knight Street and 63rd Avenue. The 60-year-old West End resident said she still deals with pain from breaking her foot in a cycling accident, and chose to live in the dense downtown neighbourhood so she wouldn’t have to own a car and could access frequent transit.

She has lived in her apartment since 2011, and currently pays $936 a month for a one-bedroom.

"Both (tenants) are low income seniors with mobility issues," Sue Robinet, an advocate with the Vancouver Tenant's Union, wrote in an email to the City of Vancouver.

"They need to remain in their community, Vancouver’s West End. As vulnerable tenants, they should receive an alternate housing option from the landlord (Reliance Properties) for a similar type of unit within 10 per cent of the rent they are currently paying."

Stovell said the rest of the tenants have accepted the buyout offer and moved out, although he acknowledged that many of them were not happy about having to move.

Diligenti has been offered $17,000 if he moves out by June 30. Tulsi has received a similar offer, although she declined to specify the amount of money she had been offered, which is based on length of tenancy.

City of Vancouver staff told CTV News in an email that Diligenti and Tulsi have each received one relocation option with a rent rate at 10 per cent more than they pay now.

“Due to the ongoing shortage of low-cost studios in the West End and a further reduction of housing stock during COVID-19, there were a limited number of options available,” Rumnique Nannar, a communications coordinator for the city’s department of arts, culture and community services, wrote in an email.

Stovell said some units from the company’s other rental buildings have also been offered to the tenants, although at market rental rates.

Sue Robinet, a tenant advocate with the Vancouver Tenants Union, said that even generous buyouts don’t provide much financial security for tenants like Diligenti and Tulsi if they can’t find an affordable apartment.

“The money is quickly spent, and they will end up in a unit they can’t afford,” Robinet said.

Robinet is calling for Reliance to offer Diligenti and Tulsi units in a new rental building the company just completed at 1188 Bidwell St., a block away from the Berkeley.

A third of the units in that building have yet to be rented, Stovell said. But he said it wouldn’t make economic sense to rent two of the units to Diligenti and Tulsi at the rental rates they currently pay.

“You’re talking about a brand-new building (where rents) are three to four times higher than what these people are paying,” Stovell said.

This is not the first time Reliance has faced criticism for its relocation procedures: a small group of tenants from the apartment building that 1188 Bidwell replaced complained that the company had reneged on a commitment to rehouse them in the new building at the same rents they were paying.

Sandra Singh, the City of Vancouver’s general manager of arts, culture and community services, said she was disappointed in the way Reliance had treated those tenants, but the city ultimately had no legal grounds to enforce the tenants’ understanding of the agreement.

City staff said they are aware of the situation faced by Diligenti and Tulsi.

“Over the last few months, Reliance has provided several housing options to the remaining tenants, which the City believes meet – and in some cases, exceed – the requirements laid out in the Tenant Relocation Policy,” staff wrote in an email sent to CTV News Vancouver.

In May, as the COVID-19 crisis led to job losses and financial strain for many renters, the city and Reliance came to an agreement that the company would not enforce an order of possession until June 30.

Because of the impact of COVID-19, the provincial government put a moratorium on evictions in place starting on March 30. But that order has now been changed to allow evictions for reasons other than non-payment of rent, starting on July 2.