Weekend shooting in Maple Ridge was targeted, Mounties say in appeal for video 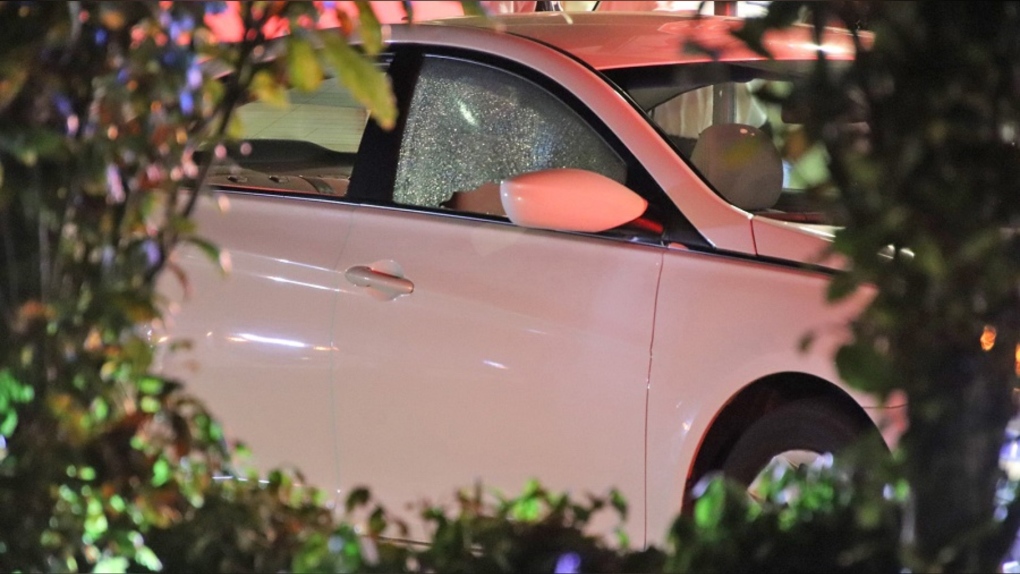 Police in Maple Ridge are investigating a shooting that happened near the intersection of Selkirk Avenue and 223rd Street Saturday night. (CTV)

VANCOUVER -- Mounties in Maple Ridge say a shooting that happened Saturday was targeted and are now asking the public for any surveillance footage.

Police say the shooting happened at about 10:30 p.m. near Selkirk Avenue and 223 Street The victim was in a white Hyundai when someone drove up in a second car and shot at the Hyundai several times.

The victim, a 30-year-old man, is known to police. He had serious injuries from the shooting but he drove himself to hospital.

"We take public safety very seriously and the public should be concerned when there is a shooting," said Const. Julie Klaussner in a news release.

"In this incident police were on scene within minutes of the calls and were quickly able to determine this was an isolated, targeted incident and not a random shooting."

A man who lives one block down from the intersection where the shooting happened said he heard several shots and then the sound of a vehicle speeding away along Selkirk Avenue.

"I think I heard about four to six shots," neighbour John Chang said to CTV News Vancouver. "I don't know if they were rapid. I don’t know what rapid is but it was consistent shots."

Police say they canvassed the area and spoke to several witnesses. Anyone else with information or surveillance footage is asked to contact Const. Josh Brushett at 604-463-6251. Tips can also be left anonymously with Crime Stoppers.