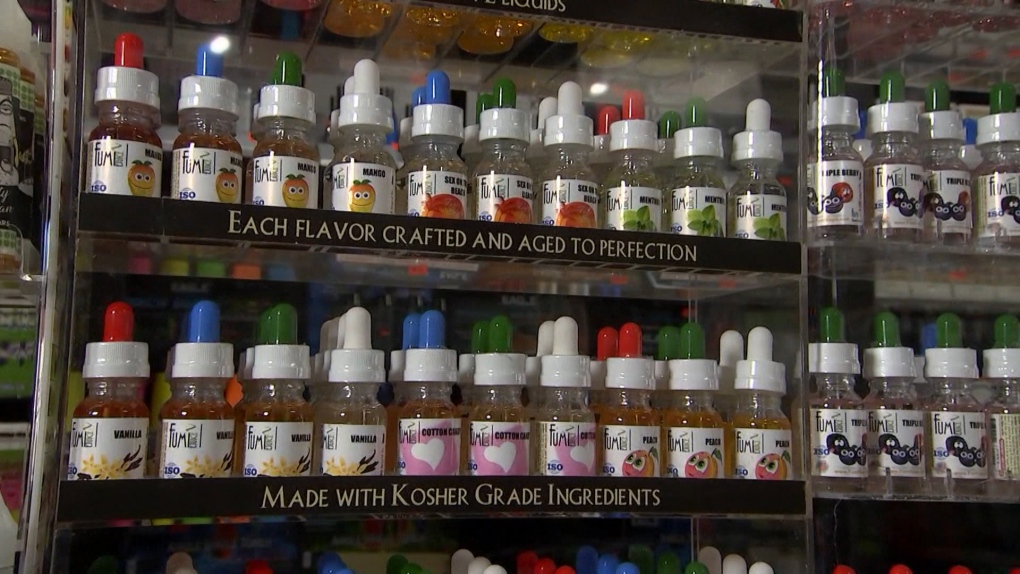 VANCOUVER – While warnings continue to surface about the risks of vaping, two Vancouver city councillors are calling for regulations to be implemented.

Some concerns, they say, are vaping ads on transit and the attractiveness of flavoured products amongst youth.

"I think that people are seeing that we really need to take action and take care of our youth," Bligh said.

Bligh said she wants to see limitations on where vaping products can be sold and ads banned on city property.

"There isn't really any strict framework around where (stores) are actually located in proximity to where young people hang out," she said.

"We don't want to encourage the youth to take up this habit," Richmond Mayor Malcolm Brodie said when Richmond voted in favour of implementing guidelines.

One B.C. lung specialist has even called for an outright ban on vaping products in the province.

"It sounds extreme but I think it's at least reasonable to consider," said Dr. Chris Carsten. "I think it's the time to be fairly aggressive now, and then potentially over time if we can find safer products and safer use of products we could roll back."

But Health Minister Adrian Dix said an all-out ban could be worse, as it could lead to the creation of a black market.

Bligh's and Dominato's motion is being brought to council Tuesday.