An Iraqi family caught crossing the border into Surrey last month may not have faced a risk of deportation if they'd waited a few days before making the crossing.

The family of four was caught crossing into Canada illegally at the end of February, just a short distance from the Peace Arch crossing. The family, which had moved from Iraq about a year before, said they were seeking asylum, scared of what the Donald Trump government would mean for them.

Two weeks after their crossing, the family told CTV News they've been given deportation orders. They have 15 days to enter a formal response in federal court, and if they don't, they could be deported.

"We're feeling scared because we really don't want to go back to our country," said 12-year-old Ashki Shkur.

Their paperwork shows an exclusion order barring the family from entering Canada for one year. It was issued just a few days shy of a year from the day the family attempted to enter the country again.

The exclusion order was issued when the family tried to cross into Canada legally last March, only to be turned back at the border.

Had they waited until it had been a full year since the first attempted crossing, they would have been able to go through the asylum process.

Instead, immigration lawyers say their best bet is to apply for protection status. (http://www.cic.gc.ca/english/information/applications/guides/5205ETOC.asp) A protected person is someone who the Immigration and Refugee Board of Canada and Citizenship and Immigration Canada deem in urgent need of protection or refuge. He or she can then be granted permanent residence.

While the CEO of the Legal Services Society wouldn't discuss specific cases, he told CTV that he worries about the larger trends he's seen in recent months.

"We're genuinely concerned that the current circumstances in the U.S. will result in higher claimants here," Mark Benton said.

Two years ago, the number of people asking for help with immigration matters was less than 500, he said. In the past year, it's skyrocketed to more than 900, putting a major strain on the system.

While Shkur's parents hope to meet with a lawyer soon, experts caution it could take much longer for the family to learn its fate.

With a report from CTV Vancouver's David Molko 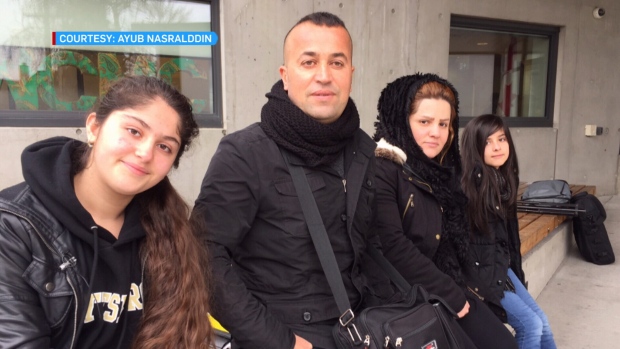