'We have nowhere to live': Dozens displaced after Burnaby apartment building fire

'We have nowhere to live': Dozens displaced after Burnaby apartment building fire

Three people were rescued and dozens more have been displaced after a third-alarm blaze at a Burnaby apartment complex in the early hours of Sunday morning, according to the fire department.

Crews were called to a three-story building on Albert Street in the Burnaby Heights neighbourhood around 2:45 a.m. A spokesperson told CTV News that the fire was contained to one suite on the third floor, but that roughly 20 other units sustained smoke and water damage.

Firefighters rescued three residents who were then taken to the hospital to be treated for smoke inhalation. The cause is under investigation and an exact timeline for when people can return has not been set.

Billy-Joe Thorne lives on the second floor of the building and described the chaotic scene to CTV News.

"The guy above me had to climb down off the balcony -- from his balcony to my balcony to the bottom. I also had to get an elderly man out of an apartment," she said.

"Everybody got out because I was banging on the doors. No fire alarm went off on the third floor. On the second floor, it didn't go off for 10 minutes after the fire was already going. I got out of my apartment. I jumped up, I got out of the apartment and I banged on every door on the second floor to get these people out … It's very lucky that all of us are alive." 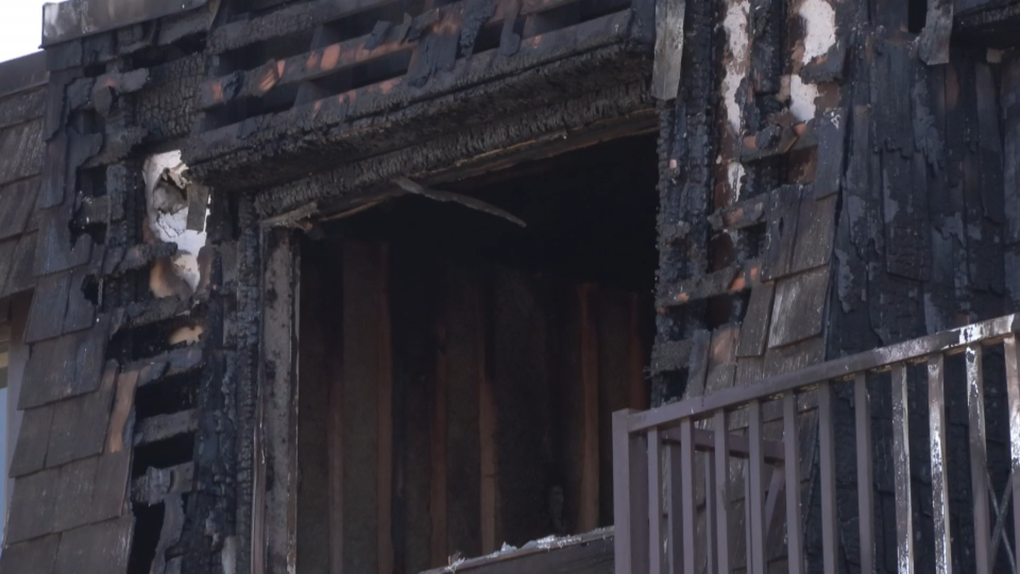 This CTV News photo shows an apartment in a Burnaby building destroyed by fire ao Aug.14, 2022.

Thorpe also alleges the building is not equipped with smoke detectors in the suites of fire extinguishers in the hallways.

She says she has no idea where she and her neighbours are going to go once their three nights at a nearby hotel are up. Thorpe also told CTV News that displaced residents have been given roughly $2,000 each by the landlord but that money won’t last long, and won't make up for the losses suffered by uninsured tenants.

"We have nowhere to live," she said. "They don't care about us. We are out on our butts … It's sad. It's sad for everybody."

It's voting day in Quebec, a border crossing was unexpectedly closed Sunday night, and the Toronto Raptors begin their pre-season with a win in Edmonton. Here's what you need to know to start your day.

Ukrainian troops continued to push forward Monday with their offensive that has embarrassed Moscow, with Kyiv officials and foreign observers hinting at new gains in the strategic southern region of Kherson.