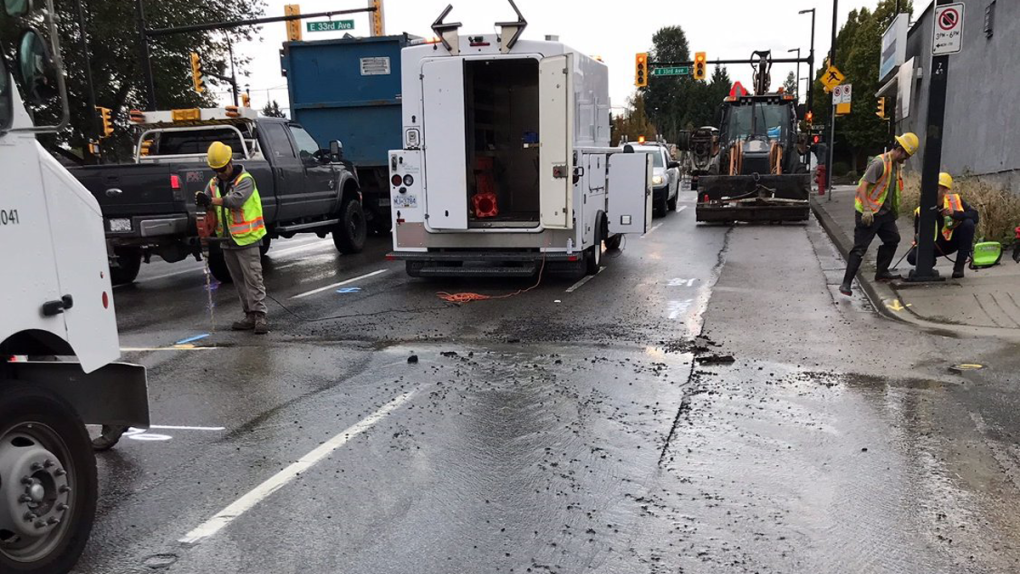 Water spilled over Knight Street in Vancouver after a water main burst on Thursday, Sept. 12, 2019. (City of Vancouver)

A burst pipe threatened to snarl evening traffic as the city was forced to close part of a major Vancouver commuter route.

The water main burst on Knight Street north of 33rd Avenue Thursday afternoon, the city said in a message on Twitter.

Photos showed a deep puddle forming on Knight, which prompted crews to restrict traffic on the busy street.

Maintenance work is supposed to continue through the evening rush hour, the city said Thursday afternoon.

Drivers who rely on Knight to get around were advised to use alternate routes including Fraser Street and Victoria Drive.