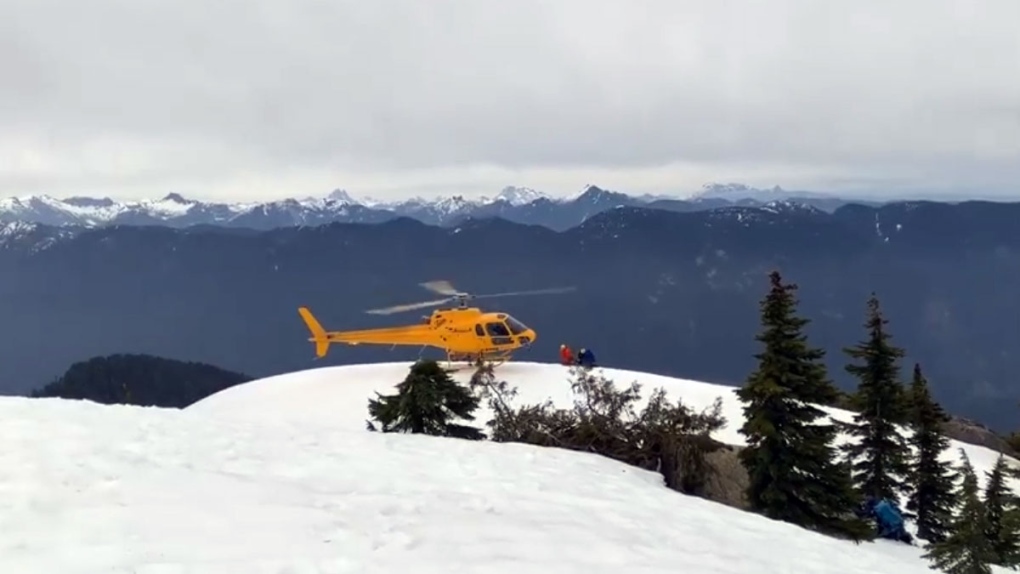 An injured man was plucked off Mount Seymour on Tuesday, May 14 after getting stuck the night before. (North Shore Rescue / Facebook)

An injured man was pulled off a North Shore mountain Tuesday morning after getting stuck the night before.

North Shore Rescue reached the man by helicopter at around 7 a.m. Crews were first alerted to the incident on Mount Seymour Monday night, but had to wait for first light to complete the rescue.

It's unclear how the man was injured, but officials said he'd been camping with another person on the mountain.

"As the subject and their party were well prepared, they were able to stabilize the subject's wound and safely settle in for the night," NSR wrote in a Facebook post.

Given his location and how late the injury was reported, crews decided to wait until morning and use a helicopter to reach him.

NSR reminded the public that there's still a lot of snow at higher elevations, so anyone heading out should be prepared for wintry conditions.

Rescuers also advised anyone heading uphill to check avalanche conditions first. With rain in the forecast, the danger will likely increase, NSR said.

Hikers should ensure they have the right equipment, including avalanche safety gear, and tell someone where they're going.