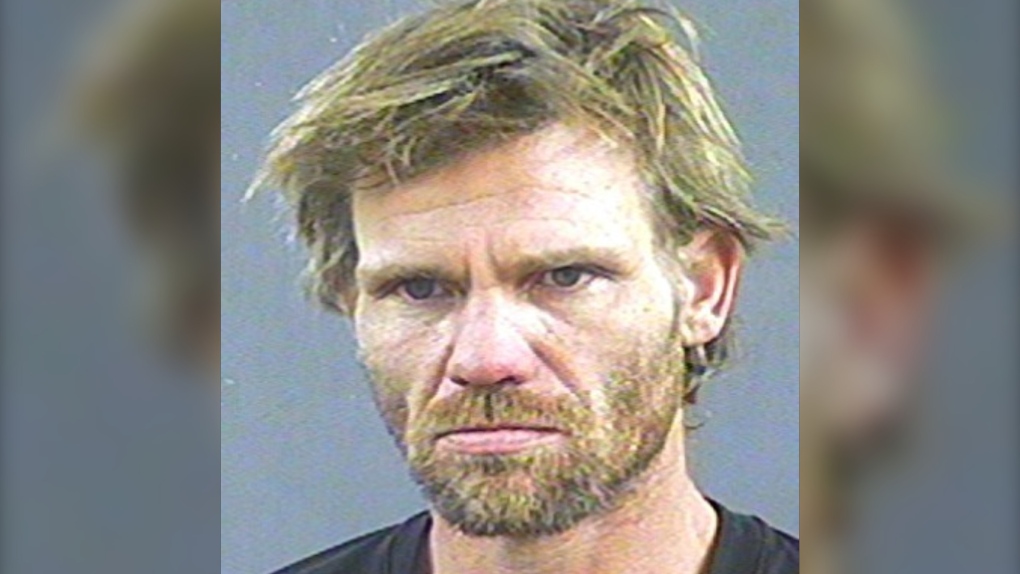 Curtis Sagmoen is shown in an undated photo provided by the RCMP.

VANCOUVER -- Mounties are warning sex workers not to respond to requests for services coming from a specific area of B.C.'s North Okanagan.

In a news release Wednesday, the Vernon North Okanagan RCMP said those involved in the sex trade should not engage in any activity in the Salmon River Road area between Salmon Arm and Armstrong.

The warning is tied to a 39-year-old man who lives on the road.

Police said Curtis Wayne Sagmoen is bound by court conditions including that he not have any contact with "any sex trade worker, escort, or person offering paid dating or companion services."

Mounties released a photo of Sagmoen "in the interest of safety," and asked anyone who receives a request for services associated with Salmon River Road to contact police immediately.

"The RCMP has released this publicly-known release condition to inform persons who are protected by the court-ordered condition, so that they can take steps to protect themselves," Const. Chris Terleski said in the statement.

Sagmoen was found guilty back in December of multiple offences including disguising his face with intent to commit an indictable offence and using a firearm during an offence.

He'd been accused of threatening a sex worker with a firearm in August 2017, but that charge was acquitted by a judge in Vernon.

Police say human remains were found on Sagmoen's family farm in Salmon Arm the same year the allegations were made.

They say a search of the farm uncovered the remains of 18-year-old Traci Genereaux, and that her death appeared suspicious.

However, a suspect has not been named in her death and charges have not been approved. No connection has been made between her and Sagmoen.

Earlier this week, local media organization Castanet reported that police had been seen at the farm recently.

Mounties told Castanet they'd been called by a member of the public, and had questioned people in a vehicle.

The RCMP said people associated with the vehicle were involved in the sex trade and that their services had been requested.