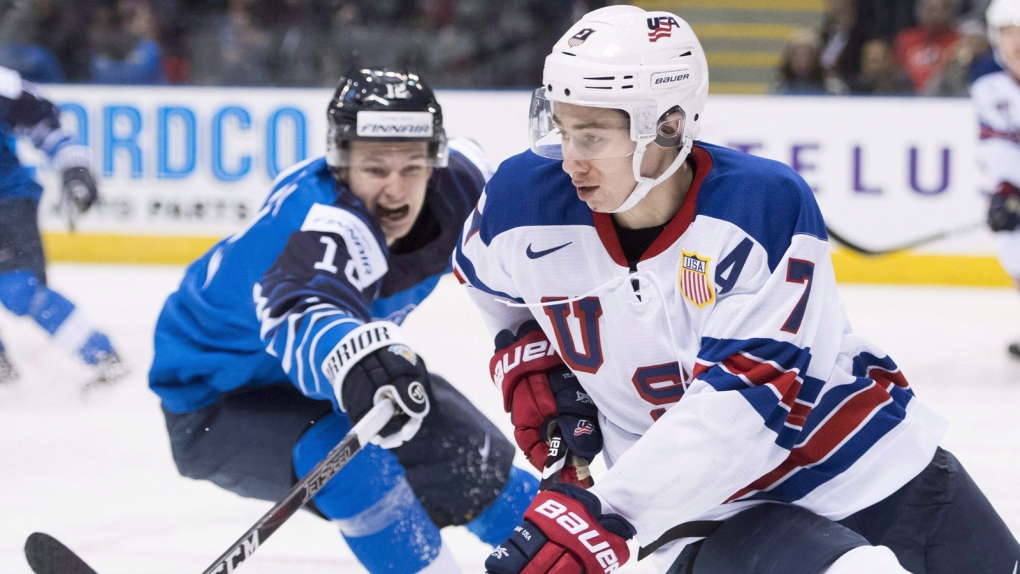 Just two days after NHL prospect Quinn Hughes signed his first professional contract with the Vancouver Canucks, B.C. hockey fans already have their chance to bet on what kind of an impact they think he'll have on the team.

The Canucks signed the 19-year-old blue-liner from Orlando, Fla. to a three-year, entry-level deal Sunday.

As of Tuesday afternoon, PlayNow.com – B.C.'s legal sports betting site – placed the odds of Hughes scoring one or more points in his NHL debut at 2.20 and the odds of him not doing so at 1.58.

Hughes's University of Michigan team was knocked out of the NCAA playoffs, which means Hughes could see some NHL action before the end of the season.

BCLC's odds of Hughes playing more than 10 ½ games season were at 4.75, meaning a near five-times payout if he does.

But the prospect was hit in the foot by a puck Friday night, so he may have to wait to see any ice time in the big league.

Hughes will have to undergo a physical after he arrives in Vancouver before he can be cleared to play.