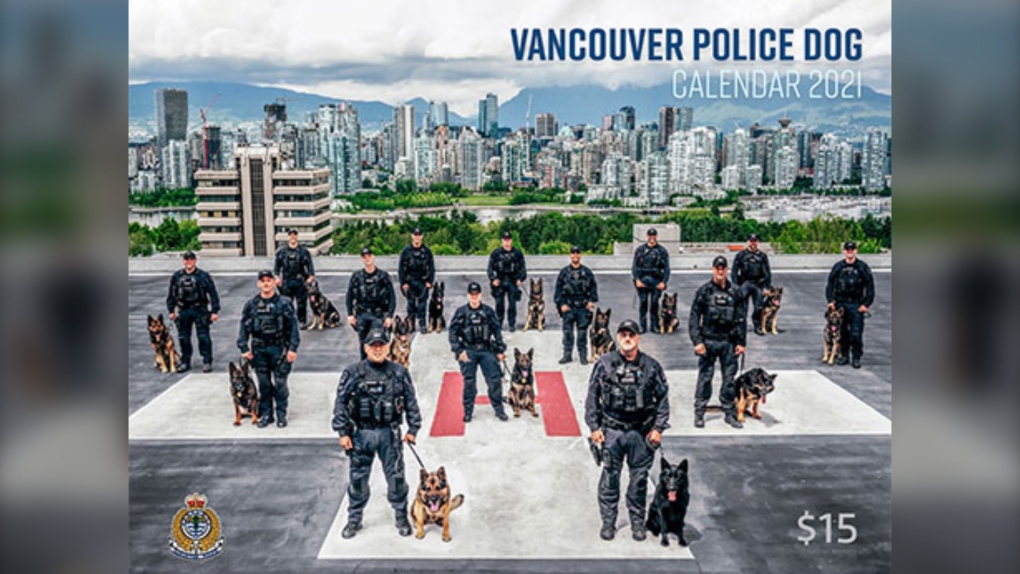 The calendar's cover photo, which shows the full unit of dogs and handlers standing on a helipad with Vancouver's downtown skyline in the background, was taken by Const. Nitish Sharma. (Nitish Sharma/VPD)

VANCOUVER -- The Vancouver Police Department has released its annual police dog calendar, showcasing the department's canine unit and raising funds for the BC Cancer Foundation and the BC Children's Hospital Foundation.

The 2021 edition of the calendar features photos of the police dogs and their human officer handlers. There are 16 handler-dog teams in the VPD Canine Unit.

"For this year's calendar, we wanted to represent the trust and partnership of the handler and the canine, who work seamlessly together," said Const. Brian Lequesne, one of the calendar's organizers, at a news conference announcing the calendar’s launch. 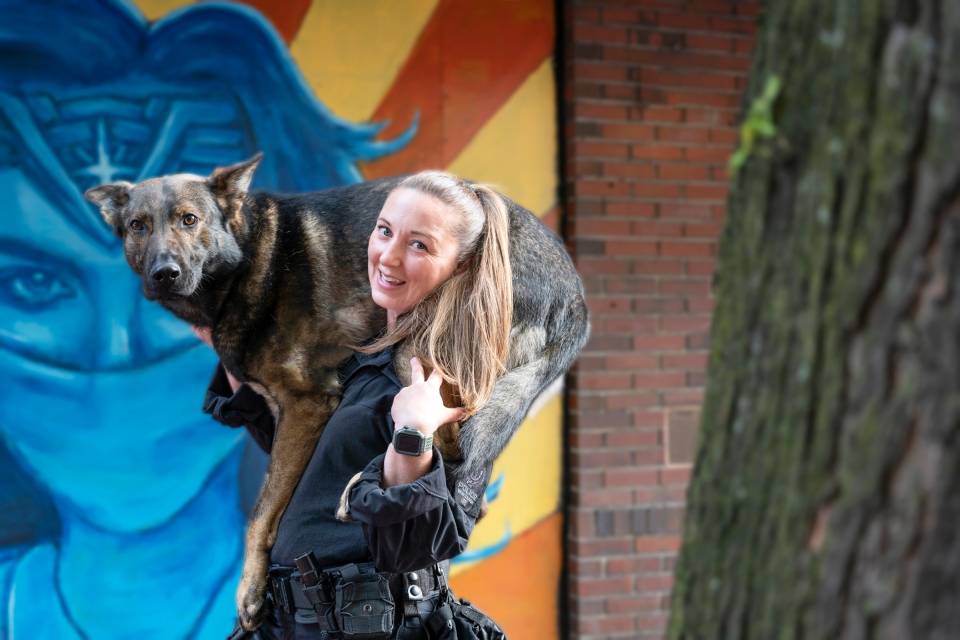 The VPD has been releasing the charity police dog calendars since 2010, when retired Sgt. Mike Anfield created the program in honour of his wife Candy, also a VPD officer, who died of breast cancer in 2004.

Over the years, the calendar program has raised $445,000 for its causes, according to VPD Supt. Steve Eely. 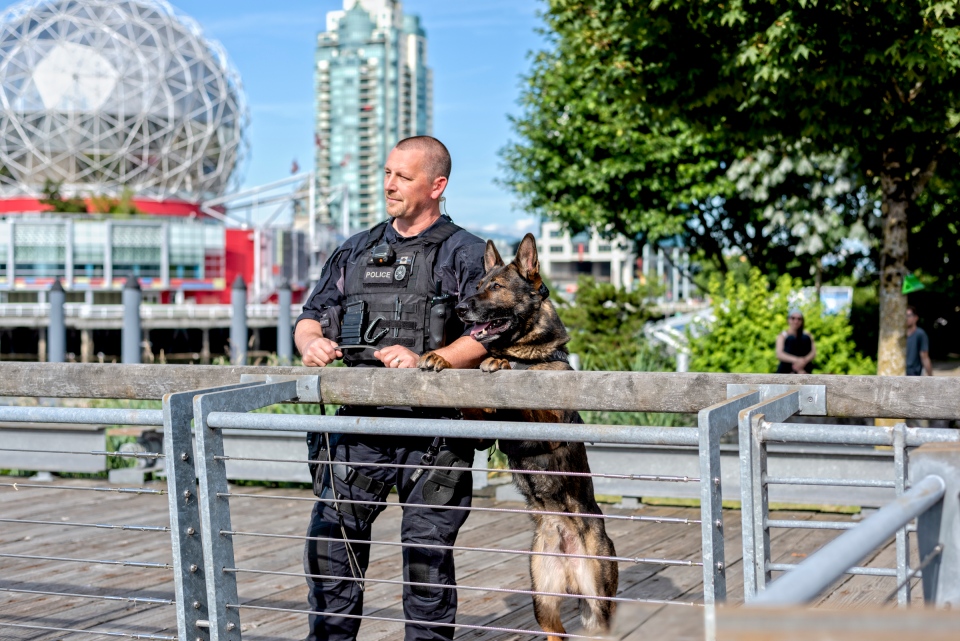 Lequesne thanked photographer Lara Shecter and her assistance Anaïs and Elle Poirier, as well as printer Still Creek Press, for their work on the 2021 edition of the calendar.

None of those people were responsible for the calendar's cover photo, however. That photo, which shows the full unit of dogs and handlers standing on a helipad with Vancouver's downtown skyline in the background, was taken by Const. Nitish Sharma.

"He hadn't planned on using it as the cover shot, he had taken it as a squad photo for the unit, but when we saw it, we knew it represented the unit as a whole and it was the best way to depict the unit and the partnerships," Lequesne said.

The calendars cost $15 and can be ordered online through the Vancouver Police Foundation or purchased in-person at Vancouver community policing centres and certain pet stores around Metro Vancouver.