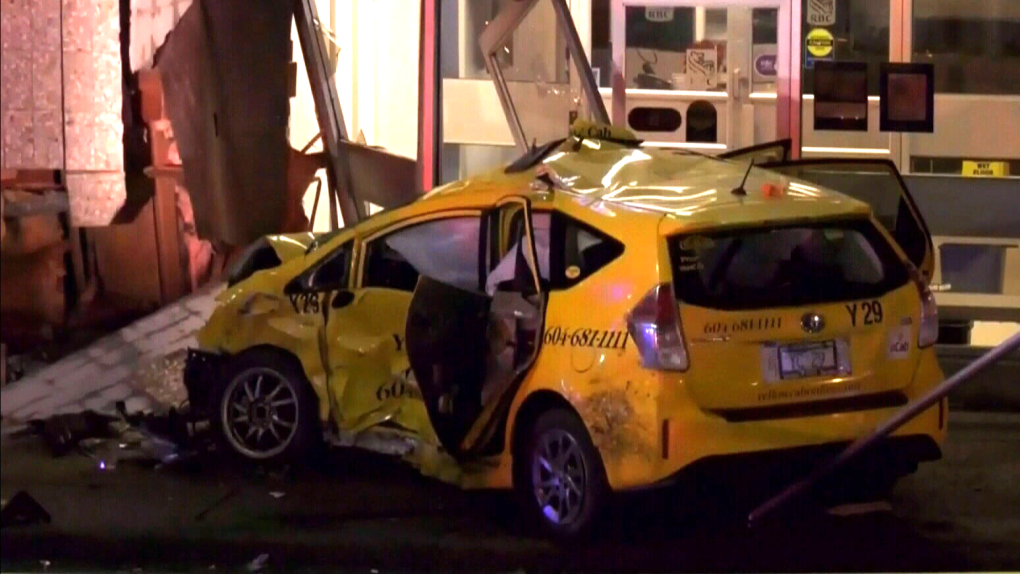 A damaged taxi is pictured at the scene of a fatal crash in Vancouver on Sunday, Dec. 29, 2019.

VANCOUVER -- Vancouver police say they have recommended charges against the driver of a Car2Go vehicle who was involved in a fatal collision with a taxi in December.

But police said they don't expect the charges will be approved by Crown since the driver is "unable" to participate in court proceedings because of his medical condition.

The Car2Go driver had been hospitalized with life-threatening injuries after the crash with a Yellow Cab on Dec. 29. The driver of that cab, Sanehpal Randhawa, 28, died in the collision near East 1st Avenue and Renfrew Street in Vancouver.

Police said the charges include impaired driving and dangerous operation of a motor vehicle.

"It is difficult to accept that the suspect cannot be held accountable at this time due to his medical state. However, in recommending charges, we are hoping there will be some sense of closure for the family and friends of the victim," said Const. Tania Visintin in a news release. ​

Police said the suspect has left Canada and returned to his home country. Investigators will continue to monitor his condition and will re-evaluate their next steps if his health improves.