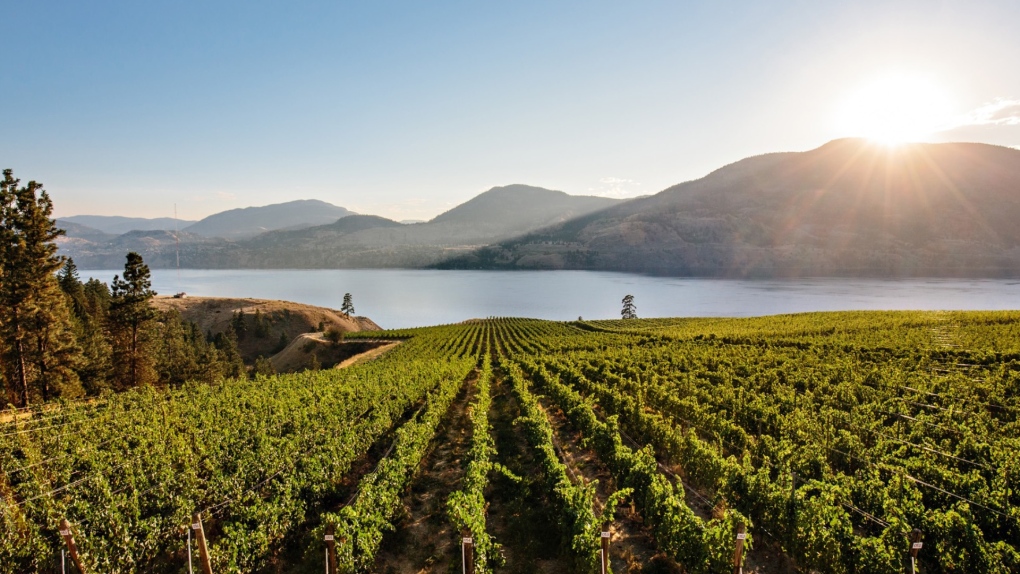 The vineyards at Painted Rock, located in B.C.'s Okanagan Valley, are seen in an image from the winery's Facebook page.

Many Canadians already know B.C.'s Okanagan Valley as a sunny and scenic destination for wine tourism – but the region is enjoying new international attention thanks to a shout out in Vogue.

The fashion and lifestyle publication listed the Okanagan Valley among 12 "underrated wine regions" worth visiting this fall, along with such far-off locales as Chinon, France and Puglia, Italy.

"It's a relatively new winemaking area and much of the wine produced here is consumed within Canada, leaving the region unknown to wine lovers in other countries," Luvera said.

"However, its high caliber wines coupled with the stunning natural beauty of the region have attracted top winemakers from France, New Zealand, and South Africa, so awareness is on the rise."

The expert also noted the bounty of outdoor activities available in the Okanagan, including hiking, biking, kayaking and otherwise exploring the semi-arid shrubland often referred to as Canada's only desert.

Vogue named-dropped a handful of local wineries as well, including Painted Rock – which was a welcome surprise to proprietor John Skinner, who has been working hard to win over new fans around the world.

"I've always said a reputation has to be earned and not assumed," said Skinner. "To have somebody come here and take notice is really flattering."

While the Okanagan's wine industry has grown by leaps and bounds over the years, Skinner said the publication's label that it remains an "underrated" gem was fair.

"We're on some radars in the U.K. but the U.S. market is difficult because they've got a very close and competitive industry as well," he said.

"To have someone come and make an assessment on their own that we're worth it is just immeasurably important," he added. "We can say we're good, but someone has to come here and see it for themselves."

The tasting room at Painted Rock is already closed for 2022 – the result of a very busy season with high demand, Skinner said – but the winery hopes to expand its operations with an earlier opening and a later close next year.

Deputy Prime Minister and Finance Minister Chrystia Freeland is hosting an in-person meeting Friday with the provincial and territorial finance ministers in Toronto to discuss issues including the current economic environment and the transition to a clean economy.