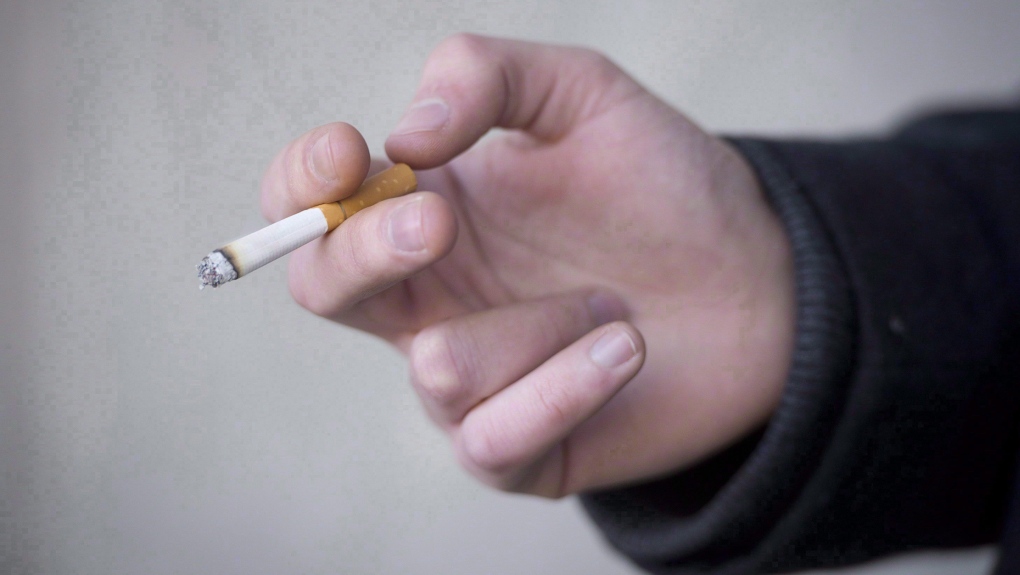 A smoker holds a cigarette outside a building in Vancouver, Monday, Jan. 20, 2014. (THE CANADIAN PRESS/Jonathan Hayward)

A Saanich driver has been slapped with a hefty fine after flicking his lit cigarette out of his car window.

On Saturday, Victoria Police Chief Del Manak shared on social media a ticket he wrote to the litter bug, which resulted in a $575 fine.

The tweet read in part, "575 reasons to not throw your lit cigarette out of the car window."

Chief Manak said he witnessed the driver toss the cigarette as they were driving on Highway 17 near Quadra Street.

The driver apparently told the chief he threw it out because he didn't want his car to burn.

The chief quipped he shouldn't be smoking in his car.

575 reasons to not throw your lit cigarette out the car window in front of @vicpdcanada. Happened in front of me on the hwy. When asked why, driver replied, "I didn't want my car to burn" as he pointed to his cup holder in console. My response, "Then don't smoke in your car." pic.twitter.com/FhAGJHYX7w

With a lengthy wildfire season forecasted for the province, officers are trying to stomp out this type of behaviour.

Tossing out lit cigarettes pose a major fire risk and as this incident highlights, the potential to get burned with a serious fine.