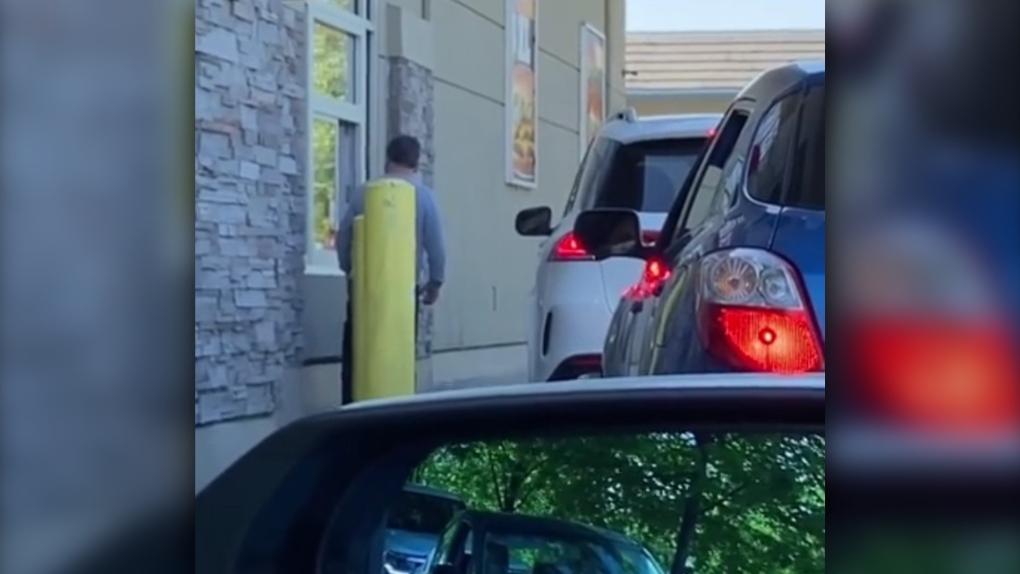 Mounties are investigating after a man allegedly went on an anti-Asian tirade outside a Burger King in Richmond, B.C., over the weekend. (Benjamin Wong)

VANCOUVER -- No charges are being laid against a suspect who allegedly went on an anti-Asian tirade at a Burger King drive-thru earlier this month.

Instead, Mounties confirm the victim and accused settled the matter with an “alternative measure.”

Cpl. Ian Henderson of the Richmond RCMP says due to privacy concerns he cannot reveal exactly what measure was chosen.

“Hate incident investigations can be very complex, and video evidence, although often very compelling, does not always speak to the totality of the situation,” he told CTV News Vancouver in an email Thursday afternoon.

The Richmond RCMP said it was reported that the man was standing near a drive-thru window, and then approached a family in an SUV.

Police said the suspect allegedly yelled at the family, but have not said what he was accused of yelling about.

Officers said a bystander intervened, telling the man to leave, and the suspect then shouted racial slurs at the bystander.

The RCMP said the detachment found out about the incident two days later, when video was posted on social media.

On Thursday, Henderson said the victim and accused found an alternative to criminal charges, which he hopes will prevent the situation from happening again.

“Richmond RCMP would again like to thank the media and members of the general public who helped to identify the suspect in this matter,” wrote Henderson. “With your help, our officers were able to complete a fulsome investigation.”