Vehicle that crashed into New Westminster backyard had been stolen: police 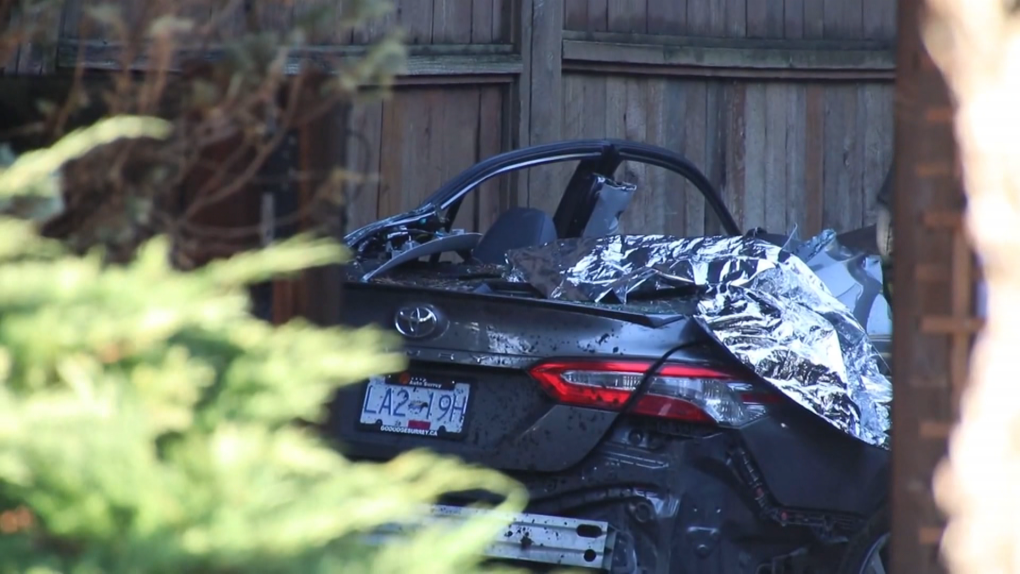 A damaged vehicle is seen in a backyard in New Westminster on Sunday, Feb. 7, 2021.

VANCOUVER -- Police say a vehicle involved in a bizarre crash in New Westminster appears to have been stolen.

Officials in the Metro Vancouver city said the car ended up in the backyard of a home near McBride Boulevard and Mott Crescent at around 9 a.m. Sunday.

The driver had crossed a lawn and crashed through a row of trees before bringing the vehicle to a stop in the yard, police said. It appears the vehicle struck a trampoline and a fence in the yard during the incident.

Firefighters were called to cut the roof off the Toyota sedan so the driver could be removed.

Police say he was seriously injured, though they did not provide details on those injuries.

On Monday, the New Westminster Police Department issued an update on the investigation: It appears the black Camry had been stolen in Surrey earlier that morning.

No further information has been provided, other than that it appears the driver was travelling "at a very high speed," according to Sgt. Sanjay Kumar.

The investigation is ongoing, and witnesses are asked to contact the NWPD.