Vehicle fire closes Hwy. 99 in both directions north of Whistler

Vehicle fire closes Hwy. 99 in both directions north of Whistler 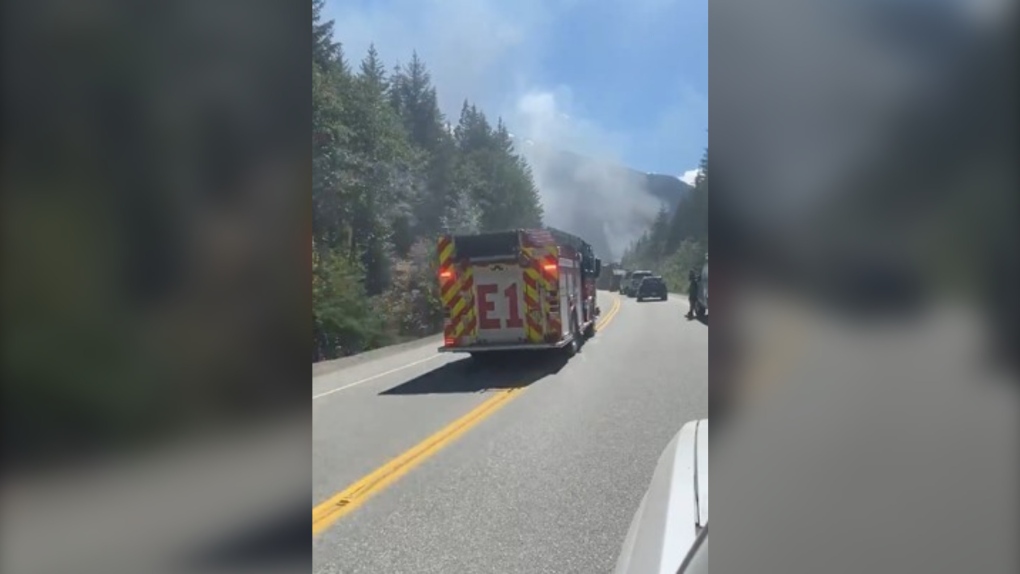 A fire truck is seen on Highway 99 between Whistler and Pemberton, where a vehicle caught fire Tuesday afternoon. (Facebook/Eelco de Zwaan)

Emergency crews responded to a vehicle fire that closed Highway 99 in both directions north of Whistler, B.C., Tuesday afternoon.

DriveBC said the fire broke out between Helliport Road and Riverside Drive, approximately three kilometres north of the resort community.

Traffic was halted for hours before the highway reopened to single-lane alternating traffic in the late afternoon.

Several social media users reported it was a logging truck that caught fire between Whistler and Pemberton. Authorities have not confirmed whether anyone was injured.

A day after post-tropical storm Fiona left a trail of destruction across Atlantic Canada and eastern Quebec, residents of a devastated coastal town in western Newfoundland learned of the death of one of their own.

Meteorologist's shocked reaction to Fiona: 'Like nothing I've ever seen'

NTV News' Chief Meteorologist Eddie Sheerr appeared shocked while offering a dour account of the impact post-tropical storm Fiona had on the southern part of Newfoundland and Labrador.

The herd of wild horses inhabiting Sable Island, which was directly in the path of post-tropical storm Fiona, appear to have come through the extreme weather safely.

Over 280,000 Maritimers still without power in Fiona's wake

Strong winds and heavy rainfall from Fiona have left over 280,000 Maritimers still without power, as of 11 p.m. local time Sunday.