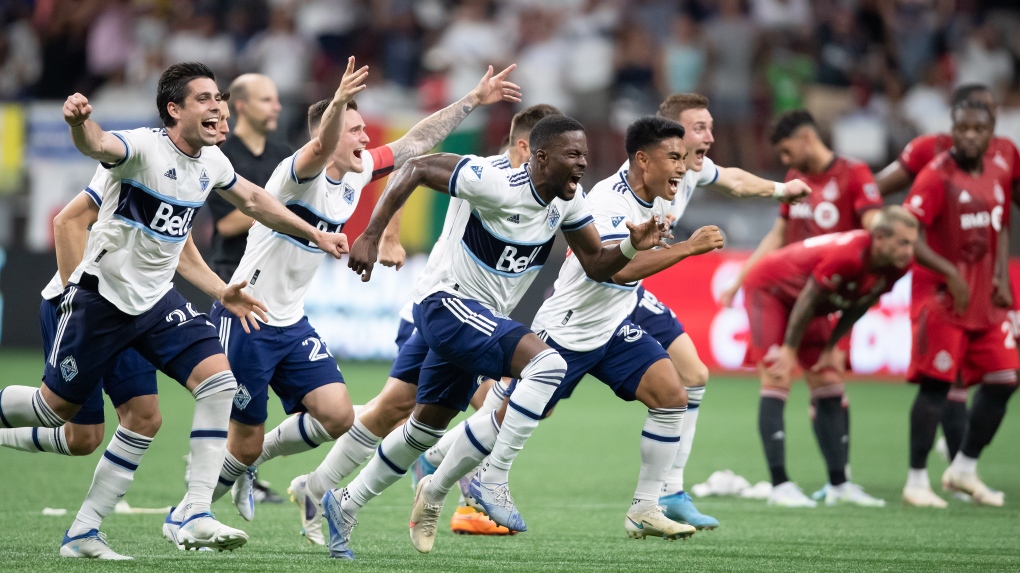 The Vancouver Whitecaps' road to the playoffs continues to be a bumpy ride.

Despite the shortened bench, head coach Vanni Sartini said he was confident heading into Friday's game.

The COVID outbreak comes during a particularly important stretch for Vancouver.

With 11 regular-season games to go, the Whitecaps sit five points out of a playoff spot. All of the club's remaining games are against Western Conference opponents, making each outing a critical matchup.

“We need the points. There's no other way to say it,” said defender Tristan Blackmon. “You can say it's a must win. I think the games for the rest of the year are must wins.”

Houston is also chasing a playoff spot and sit two points behind Vancouver.

While the 'Caps are coming off a hard-fought 1-1 draw against Nashville SC on Saturday, the Dynamo suffered a 6-0 drubbing at the hands of the Philadelphia Union the same night.

“They may be hungry after the 6-0 loss, but we're very hungry, very motivated,” said Vancouver striker Tosaint Ricketts.

Health and safety protocols aren't the only issue holding some key Whitecaps players back from Friday's game.

Striker Brian White is out after suffering a rib injury in Nashville and Lucas Cavallini, the club's leading scorer, is nursing a quad injury that will likely prevent him from playing a full 90 minutes.

Ricketts will take on a bigger presence in their absence. It's a role the Canadian said he embraces.

“I'm ready,” he said. “Physically, I feel great. Mentally, I'm in a good place. And very confident with the group that we have.”

Various ailments have plagued the 'Caps all season, limiting how often Sartini has been able to put his top players together on the field.

He credits the group's depth with allowing the club to weather the adversity and said Friday will be no different.

“(The game) will be a demonstration again that the team is the leader,” the coach said. “The most important name that we have on the jersey is the one on the front of the jersey, the Vancouver Whitecaps, and not the one behind.”

This report by The Canadian Press was first published Aug. 4, 2022.

The national chief of the Assembly of First Nations says today's National Day of Truth and Reconciliation is about the survivors of Canada's residential schools and the children who died in them and never made it home.

'Justinflation' can't be said in the House of Commons, but MPs are trying anyway

Russia pounded Ukrainian cities with missiles, rockets and suicide drones, with one strike reported to have killed 25 people, as it moved Friday to annex Ukrainian territory and put it under the protection of Moscow's nuclear umbrella despite international condemnation.

Opposition parties and aid groups say the Trudeau government is dragging its feet in carving out exemptions to anti-terrorism laws to allow humanitarian groups to reach desperate people in Afghanistan.