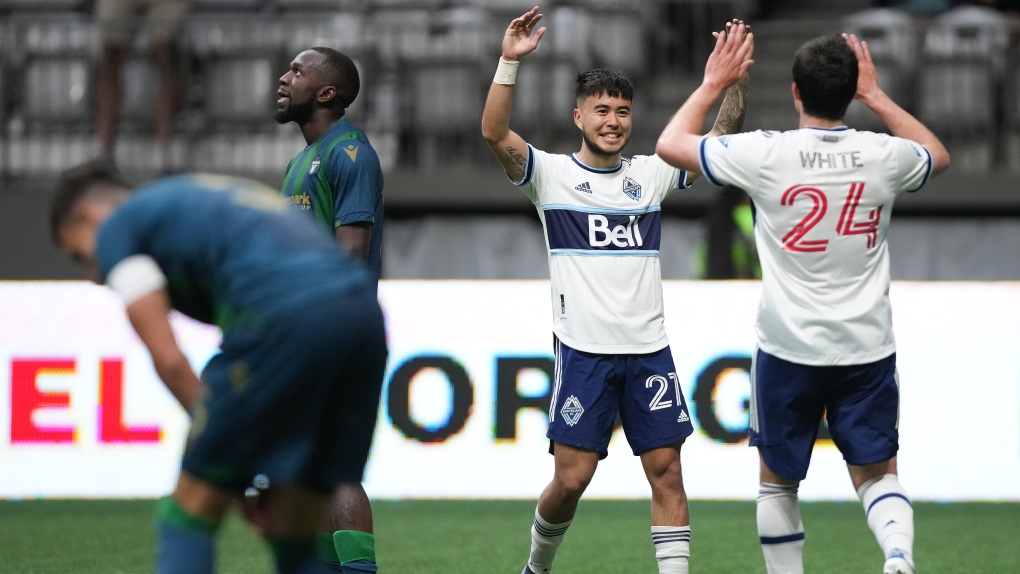 The Vancouver Whitecaps punched their ticket to the Canadian Championship final Wednesday with a 2-1 victory over York United.

Striker Brian White scored twice for the home side, with attacking midfielder Ryan Gauld assisting on the second tally of the night.

United's Isaiah Johnston amped up the tension late in the game with a goal in the 84th minute.

The Caps will host fellow Major League Soccer side Toronto FC in the final in late July after Toronto routed Club de Foot Montreal 4-0 in the earlier semifinal on Wednesday. It will be Vancouver's first appearance in the tournament's decisive game since 2018.

United was the last Canadian Premier League team left in this year's competition.