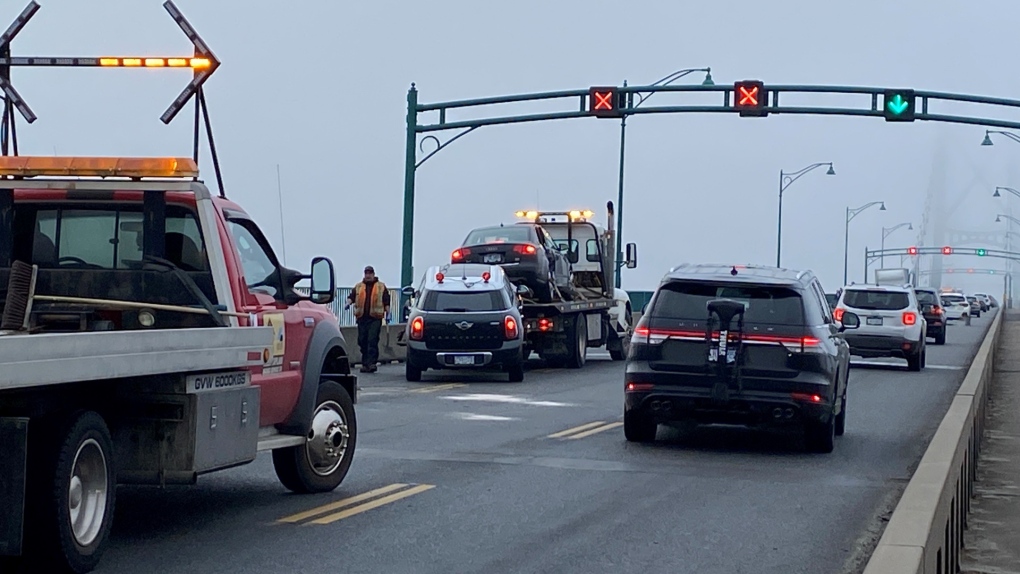 Drivers heading into and out of Vancouver are being warned to expect "major delays" following the brief closure of a high-traffic route connecting the city to the North Shore.

The Lions Gate Bridge was closed Wednesday morning following some type of "vehicle incident," the Ministry of Transportation said through its DriveBC Twitter account.

Emergency crews were at the scene, it said shortly after 9 a.m., and lanes were blocked in both directions.

The ministry warned those who normally rely on the route to expect delays, even after the lanes reopened about 40 minutes later.

It's likely congestion will also be a factor at the Second Narrows crossing as commuters look for a detour around the incident.

The Edmonton Oilers defeated their Alberta rival Calgary Flames 5-4 in overtime in Game 5 of their second-round NHL playoff series Thursday night to advance to the Western Conference final.

A 10-year-old boy in a classroom just down the hallway from the room where a gunman killed 19 children and two teachers in Uvalde, Texas on Tuesday said the experience of hiding during the shooting was 'terrifying.'

Monkeypox cases up to 26; first case detected in Ontario: PHAC

Canada's job vacancies are at a record high