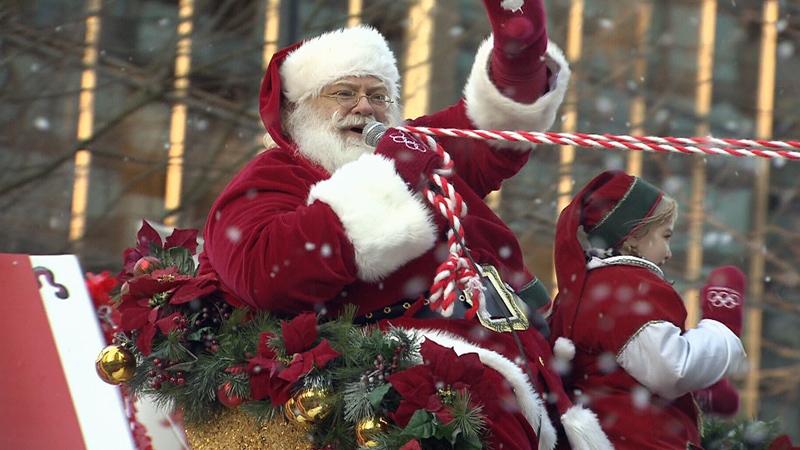 VANCOUVER -- A beloved holiday tradition for many Vancouver families has been cancelled as a result of the COVID-19 pandemic.

Organizers of the Vancouver Santa Claus Parade said they spent months considering alternative ways of throwing the annual event this year, given the necessary pandemic safety precautions, but ultimately decided to cancel.

While the news might be disappointing for some, it's also unsurprising given B.C.'s surging COVID-19 case numbers, which broke several records over the past week.

"The health and safety of our participants and spectators will always be our highest priority," parade producer Elyse Gawley said in a news release.

"While current guidelines for public gatherings preclude us from staging the parade this year, our hope is to return in 2021."

Thousands of families normally flock to the parade, where children can glimpse Old St. Nick among marching bands, community groups and decorated floats.

The Vancouver Santa Claus Parade Society said it's also cancelling all parade-associated events, including the Santa breakfast at the Fairmont Hotel Vancouver.

While the parade has been put on hold, organizers urged regular attendees to consider donating to the charities supported by the event, including the Greater Vancouver Food Bank and the CKNW Kids' Fund. (LINK)

"Although the parade won't be here in 2020, at-risk children and families need our support now more than ever," Gawley said. "We wish everyone a very Merry Christmas."