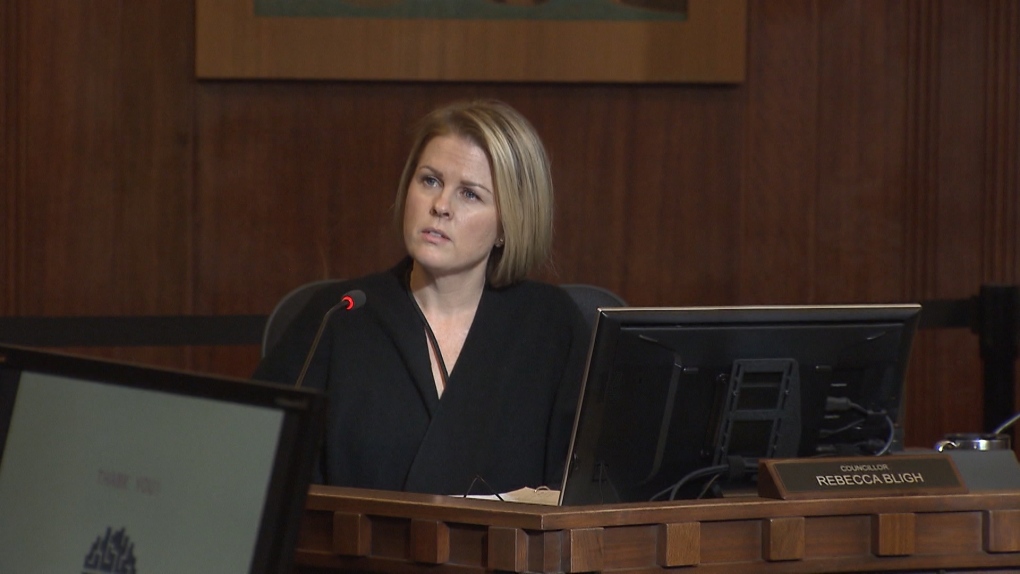 Last week Rebecca Bligh announced she would leave the NPA over its "far-right" direction and sitting as an independent councillor. (CTV)

VANCOUVER -- A Vancouver political party is continuing to grapple with the fallout of a sitting city councillor's resignation from the party over what she calls a new "far-right" direction.

On Friday, Rebecca Bligh announced she would be leaving the party and sitting as an independent councillor. Bligh said that as a queer woman, she was especially concerned that that some members of the newly-elected NPA board executive had "affiliation with anti-SOGI" groups.

Now one of the board members who was identified in two media stories as having ties to anti-SOGI groups is speaking out. Ray Goldenchild, who recently became the NPA board secretary, was misidentified in a photograph published by News1130 after Bligh's resignation that showed a number of people attending a reportedly anti-SOGI meeting in November 2018.

The radio station has since corrected the story on their website and apologized. But in a statement on Monday, Goldenchild, who is Black, said the misidentification was "a form of institutional racism."

SOGI stands for sexual orientation and gender identity, and it refers to a B.C. public school policy to create a learning environment that is inclusive of LGBTQ+ students, including transgender people.

Goldenchild says he doesn't oppose SOGI, but he doesn't "know enough about it" to say whether he supports it. Goldenchild says he's a youth soccer coach who previously ran as a parks board candidate for Vancouver 1st in 2018, and knows very little about non-sports policies.

Fred Harding, Vancouver 1st's mayoral candidate, made a video in October 2018 about his party's opposition to SOGI, and committed to "advocate for parents who feel alienated by it."

But Goldenchild said Harding made the video without consulting other party members.

News1130 also identified Phyllis Tang, the treasurer of the NPA's board, as having attended the November 2018 meeting. Tang did not respond to voice mails and texts CTV News sent to her cellphone on Monday.

Christopher Wilson, the former B.C. bureau chief of the far-right website Rebel News, was also elected to the NPA's board. Wilson has previously come under fire for calling Catherine McKenna "Climate Barbie" when she was federal environment minister.

Wilson declined to answer questions from CTV News about Bligh's resignation, her concern that the party has moved further to the right, his current political beliefs or why he wanted to join the NPA's board.

In response to Bligh's resignation, the NPA's president, David Mawhinney, issued a brief statement on Friday that said "there is no evidence" that Goldenchild and Tang had "ever made any anti-SOGI statements" and stating that the party “supports the LGBTQ2S+ community as we always have.”

George Affleck, a former NPA city councillor, said the NPA board needs to do a better job of clearly stating what the party's position is on issues like supporting SOGI.

"Is SOGI one of the policies they're going to be delving into? I don't know. That's a discussion the caucus would like to know," Affleck said, referring to the NPA's caucus of elected city councillors, school trustees and park board commissioners.

"When things like this heat up, there has to be a clearer response."